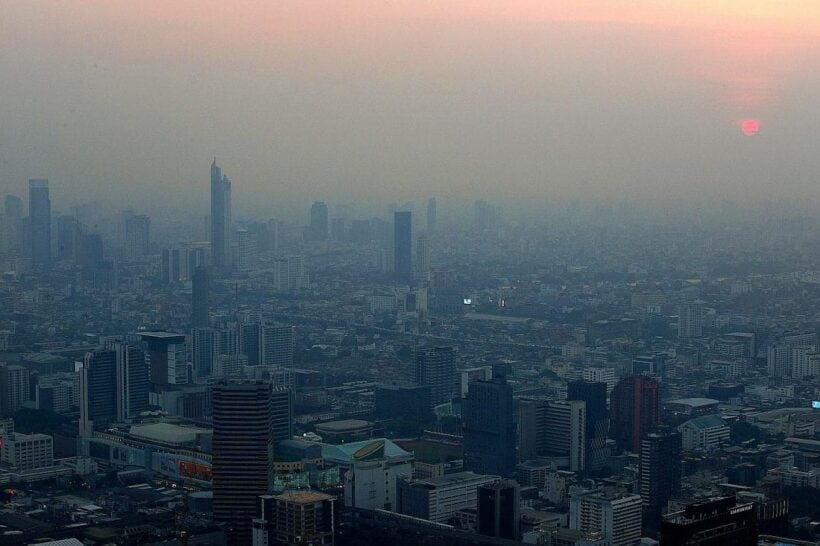 Air pollution around the Thai capital is expected to get worse again this week with an increase in the level of PM2.5 dust particles. A high pressure cell over the central region is forecast and will degrade the air around Bangkok between February 13-15, according to the Meteorological Department.

Temperatures will also drop slightly in the Central and Northern regions this week.

Bangkok’s air pollution readings for Sunday remain ‘moderate’ whilst north-eastern Thailand has another bad day with smog and smoke pollution settling around the agricultural areas. Khon Kaen, Chon Buri, Nan and Uttradit are experiencing a worse haze problem this year compared to previous years due to the burning of sugarcane waste.

After a tough crackdown on smoke-belching vehicles, he said that the number of vehicles found violating pollution rules has dropped from an average of 500-600 a day to about 400.