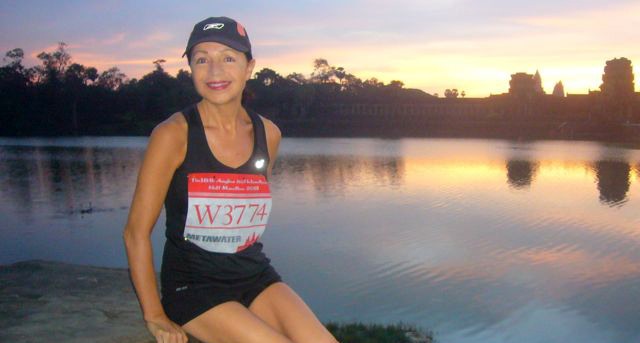 How much passion and conviction are you willing to invest in your life?

I was once asked…. Darren, what are you so passionate about that you are willing to die for?

Die? You mean, as in ‘ready to fall on the sword for your convictions and end of story’ kind of die?

My question to you is what are you are so passionate about that you are willing to live for?

Living takes a ferocious and unbridled trust in self – not knowing how all the dots connect to make perfect sense. Living means picking yourself up off the ground when you get knocked down. Walking around asking “what can I give?“ is also a necessary ingredient for living.

Living is hope and hope comes in all shapes and sizes.

MJ, a fellow Canadian, asked me if it was possible for her to crack 2 hrs in the upcoming Laguna Phuket Half marathon. She told me that it would be the best gift she could give herself for her 60th birthday. There was also a hearty invitation to join her on this 21.1km adventure.

A seasoned participant of over 15 marathons and half marathons, MJ last cracked the two hour barrier back in 2004. Doesn’t conventional wisdom say that we are supposed to slow down as we get older? Not get faster?

Let’s get past all the fluffy frosting and platitudes and focus on ownership and responsibility. The biggest barrier that we will ever face is ourselves. One of the first questions I asked MJ what is your biggest obstacle that will prevent you from cracking sub-2 hours?

MJ was upfront and honest with me – her lack of conditioning. It was close to 18 months since we last collaborated together. We would have to build a solid foundation that would allow for her grit and determination to be our arch under which we would pass.

Even before she crossed her first finish line in 1999, MJ understood the true meaning of grit and determination. MJ was diagnosed with breast cancer in 1996 at the age of 38 with, as her oncologist described it… “high nuclear-grade cancer.”

After chemotherapy, radiation and surgery, that included  lumpectomy, and lymph node surgeries, grit and determination take on a whole new meaning.

MJ responded to the cancer diagnosis by signing up for the CIBC Run for the Cure, which is held annually across Canada.  MJ and her gang of angels participated in this event commencing in 1999 through to 2006, just before she moved abroad to the Middle East. During these years in Toronto, Ontario, she lead her team, ‘MJ’s One Arm Bandits’, to being the  top fundraising team nationally for 7 consecutive years.

Why the One Arm Bandits?

MJ will be the first to point out that life is a gamble and that we need to start putting a bigger wager on ourselves and not doubling down on the swan song. 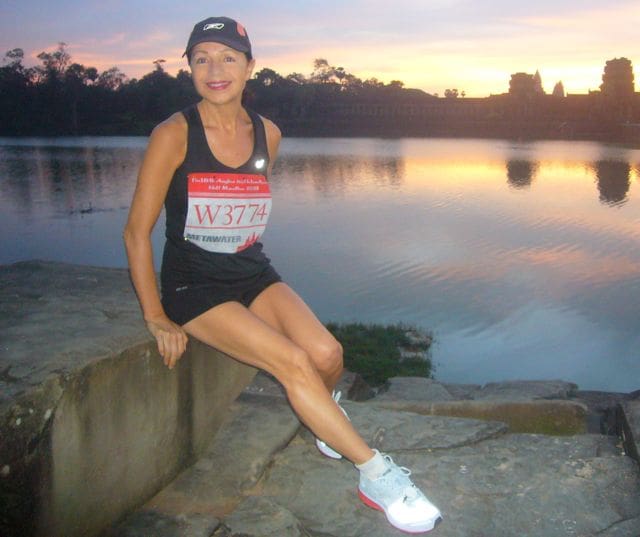 One of MJ’s qualities that makes me light up is her sense of humour and that she doesn’t take herself too seriously. The only thing she takes seriously is her new running shoes, which is ironic considering for her first marathon back in 1999 her shoes were torn and had holes in them.

From the 30 minutes we spent last week, inspecting every detail of her new shoes, you would of sworn it was a faberge egg!

Being a lycra wearing-leg shaving triathlete  I would have spent at least 40 minutes on my new shoes.

We never know what’s going to happen next and I’m extremely grateful that I have such amazing people in my life that can teach me about inspiration and hope. It’s amazing what can happen with one little ripple of hope and how it can become a force multiplier.

To all participants in the upcoming Laguna Phuket Marathon, have an amazing experience. If you see The Two Crazy Canucks out on the course please make sure to say hi and remember that we are all in this together.

We can all create one ripple of hope and inspiration between the start and finish lines.

Would you fly in an aeroplane without windows? Or a pilot?