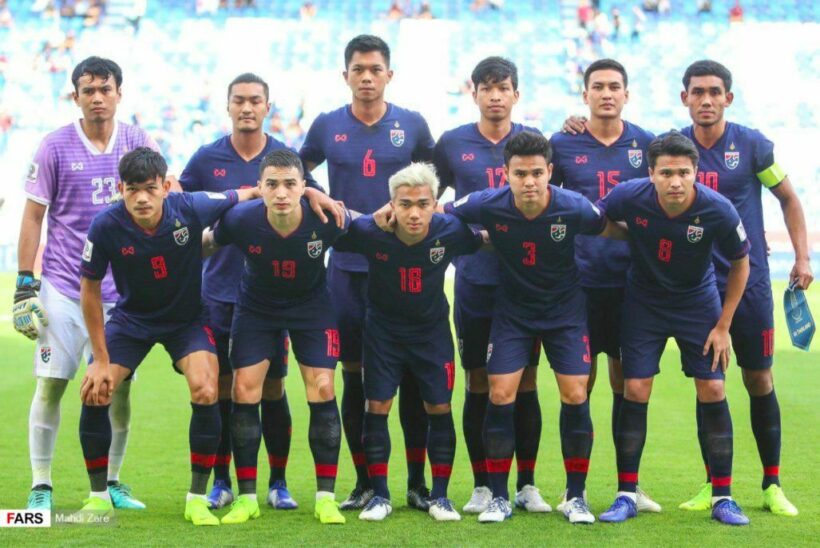 Thailand’s mens national football team will face Timor Leste in the opening match of the AFF Suzuki Cup next month in Singapore. The Timor Leste team was originally set to face Brunei, but the Brunei team had to pull out as Covid-19 made them unable to prepare for the tournament.

The AFF Suzuki Cup is a contest amongst the ASEAN Football Federation, which is held every other year in different locations throughout the region. The last tournament was supposed to be held in 2020, but was delayed because of the Covid-19 pandemic. Brunei and Timor were scheduled to face off on December 1 for a spot in the Southeast Asian tournament, but with Brunei pulling out Thailand filled the slot.

Brunei’s head coach Matusin Matasan explained why the team had to make this difficult decision.

“The pandemic has unfortunately had far-reaching effects on our team’s preparations for the tournament…While all efforts have been put forth to resolve the difficulties, it proved to be too complicated at this late juncture.”

Group A of the tournament will consist of the national teams from Singapore, Thailand, Myanmar, Timor Leste and the Philippines. Thailand leads the AFF with 5 Suzuki Cup wins.

Group B is made up of defending champion Vietnam, and Malaysia, Indonesia, Laos and Cambodia. The tournament is scheduled to begin in Singapore on December 5, and will conclude with the finals on New Years Day. The event typically is played in different countries throughout the region on a home vs away basis, but organisers this year thought that holding the tournament in just one country would be more Covid-friendly.

This tournament is the German-Brazilian Mano Polking’s first big test as new head coach of the Thai national team.

Dedinbed
Thailand v Timor .. Thaiger Talk should be sponsoring this one .. 117th v 194th in the world rankings says Thailand should be fave's for this but Leste they forget int' footie is unpredictable sometimes ..