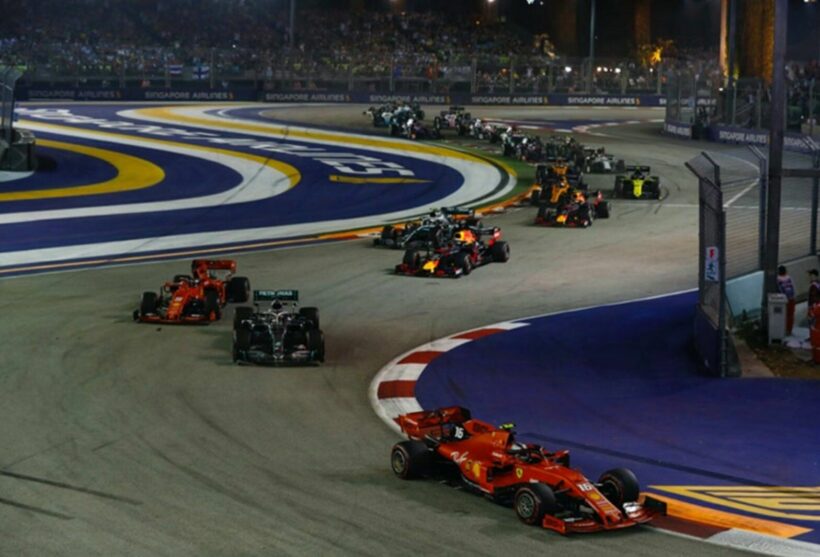 Organisers of Singapore’s Formula 1 Grand Prix are taking steps to reduce the event’s carbon footprint. One step is using sustainable fuels to replace fossil fuels as part of their sustainability goals in the upcoming night race at Marina Bay Sands this September. The tournament is reportedly developing its own 100% “sustainable” fuel, including components derived from carbon capture, municipal garbage, and non-food biomass.

A sustainability audit will also be carried out this year, which the Singapore Tourism Board and race organiser Singapore GP say will be used to plan other green initiatives over the next seven years. Channel News Asia says this might be the first time the amount of carbon emissions and waste generated from the event will be measured and recorded.

Other plans to be more eco-friendly include plans for 2023 to replace the existing track lighting with more energy-efficient LED lights as well as switching some of the support vehicles to electric or hybrid models.

Each season generates an estimated more than 256,000 tonnes of carbon emissions, including direct and indirect emissions, nearly the same as the annual emissions produced by 55,600 cars, according to an F1 analysis.

Of course they could choose not to turn the engines on, THAT would actually reduce the event’s carbon footprint.

Pinetree
1 hour ago, Thommo said: I guess a typical wok attitude Lets don't do anything we enjoy I assume you buy water in plastic bottles like to travel by some modern invention called an aircraft or train or oh…

Poolie
24 minutes ago, Pinetree said: Woke is spelt with an e. 'Let's don't do', is grammatically incorrect and 'let's' needs an apostrophe. Yes, I drink water from bottles and I fly aircraft, not just 'in' them and my 'cave' is…

Pinetree
14 hours ago, Poolie said: Boxers or briefs?😀 Commando, same as the g/f