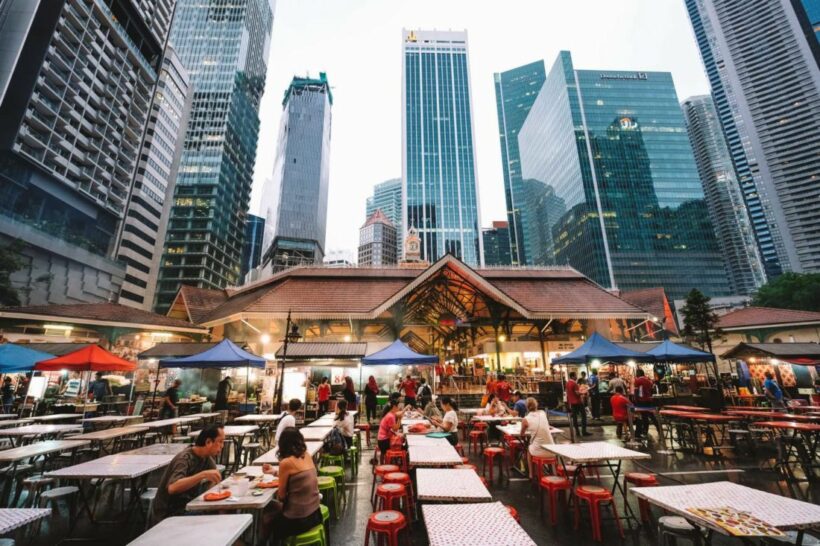 Singapore’s economy has tanked in Q2, slowing again after hitting the lowest rate since the global financial crisis of 2008 in Q1 this year.

The Singapore Ministry of Trade and Industry pegged Singapore’s economic growth at a mere 0.1% in the second quarter of this year, well below analysts’ expectations of 1.1%, according to a Bloomberg forecast.

It is also a far cry from the revised 1.1% growth in the previous quarter and marks the sixth straight quarter of sliding growth.

On a quarter-on-quarter seasonally-adjusted annualised basis, the economy shrank by 3.4%, after posting growth of 3.8% in the preceding three months.

Manufacturing performed poorly dropping 6% from the previous quarter, while construction contracted by 7.6% and service industries by 1.5%.

Ms Selena Ling, head of treasury research and strategy at OCBC Bank, told The Straits Times: “It does look like the risk of a technical recession is growing by the day.”

A technical recession is defined by two consecutive quarters of slowdown.

Keep in contact with The Thaiger by following our Facebook page.
News Categories:Southeast Asia
Related Topics:economyrecessionSingapore
Up Next 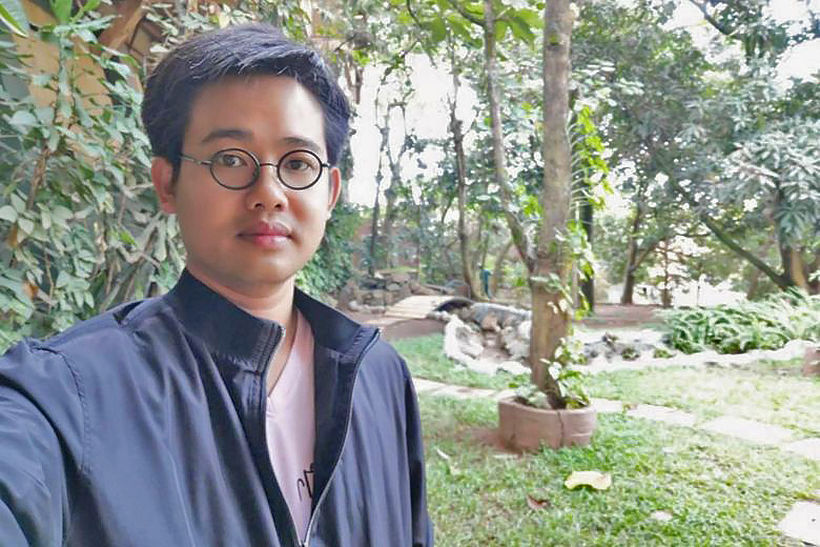 In the latest in a string of mysterious disappearances of Southeast Asian dissidents living in exile, gunmen kidnapped a Thai political activist in Cambodia, rights advocates announced today. 37 year old Wanchalearm Satsaksit, who fled Thailand after 2014’s military coup amid accusations he broke the country’s strict lèse-majesté law, was abducted at gunpoint and bundled into a car as he walked in front of his apartment in the capital, Phnom Penh, on Thursday, according to New York-based Human Rights Watch. With his final words “I can’t breathe!” Satsaksit was manhandled into an unmarked vehicle and driven away, according to a friend. It’s been 24 hours since the disappearance and no one knows where he is.

“The abduction of a prominent Thai political activist on the streets of Phnom Penh demands an immediate response from Cambodian authorities,” according Brad Adams, the group’s Asia director. A police spokesman told reporters authorities had not detained or arrested the Satsaksit and there was not enough information for police to open an investigation.

Satsaksit continued his political activism in exile and Thai authorities issued an arrest warrant for him in 2018 for violating the Computer Crime Act by operating a Facebook page critical of the military government. On Wednesday, he criticised PM Prayut Chan-o-cha online.

According to a 2015 Thai media report citing a security source, Wanchalearm was among 29 exiled activists accused of violating the lèse-majesté law that makes it a crime to defame, insult or threaten the monarchy.

At least 8 Thai activists who fled after the 2014 coup and took refuge in Laos, Cambodia and Vietnam have disappeared, friends and rights groups say, and some have been found dead.

The hashtag #SaveWanchalearm is trending on Thai Twitter today, with more than 400,000 re tweets and some activists reportedly plan a demonstration later in the day.

Human rights groups have accused governments in Southeast Asia, including Cambodia, Thailand and Vietnam, of helping each other to forcibly return several dissidents and asylum seekers in recent years.

Thai police have denied all knowledge and responsibility for the abduction. Reached by phone, police spokesman Kissana Phattanacharoen had this to say:

“Cambodia is not Thailand. You must ask the relevant country.” 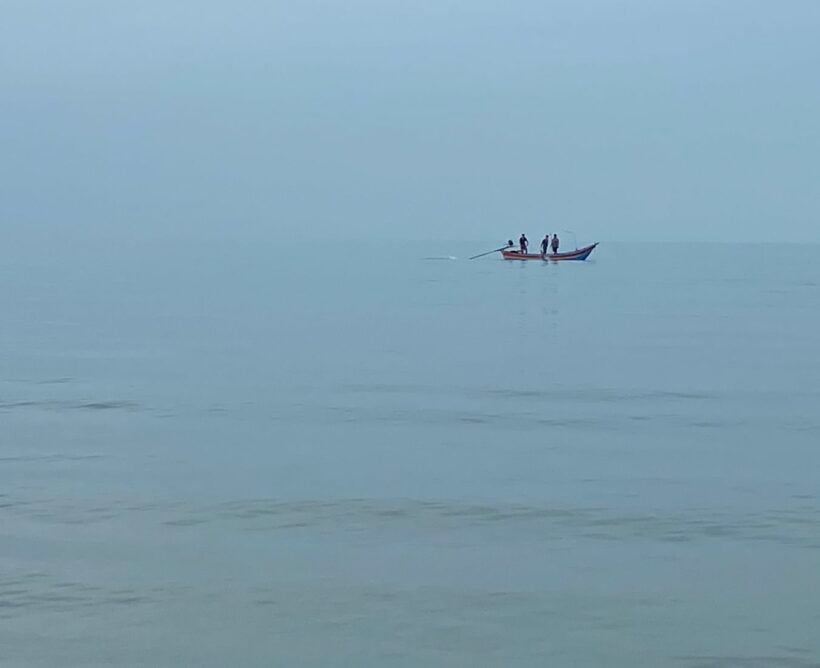 Many cases of alleged abuse and slavery at sea are not being reported to the Thailand government. The Thomson Reuters Foundation did an analysis on the claims of slavery and abuse on Thai fishing boats and found that the majority of complaints are not documented with labour ministry officials who solve issues “off-the-record”.

Many fisherman agree to mediation because they don’t want to waste time if the case goes to court, Suwanee Dolah from Raks Thai Foundation, a non-profit focusing on a variety of humanitarian and supports fishermen, mostly from Cambodia and Myanmar. Employers would rather not have a large number of complaints, Dolah says. One labour ministry official explained to Reuters that they encourage the employer and employee to mediate before submitting a complaint, if the case is minor.

Reuters obtained labour abuse complaints from 289 fishing workers lodged between 2o15 and 2020. Nothing was documented on the outcomes. Some fishermen seek help from charities rather than the government. Since 2015, charities have been helping out around 1,600 fishermen solve problems with their employer involving payment and abuse, according to Reuters.

Although complaints are supposedly getting resolved, a lawyer specialising in human trafficking told Reuters that labour inspectors tend to support the employers rather than the workers. He added that many workers are afraid of taking legal action.

“If the cycle of violations kept in the dark and solved one-on-one goes on without punishment, some say the employers may keep abusing the employees…. it will cause a never-ending cycle of rights violations.”

The CEO of Thai AirAsia says it may merge with another low-cost carrier to avoid cutthroat pricing wars once flights resume after the Covid-19 crisis subsides, and has admitted to conversations with other airlines. He says if tourism doesn’t resume by July, TAA will be forced to begin laying off employees, downsizing the company and its fleet to keep its business alive.

Thailand has 7 low-cost carriers which has forced a vicious price-war in the past five years providing cheap flights for people using the carriers in Thailand.

But local low cost carriers have suffered disproportionately over the past few months as the Covid-19 pandemic virtually shut down air travel in Asia and in many countries around the world. The Thai government’s restrictions on international and even domestic air travel have caused TAA serious losses. Some 40% of its revenue previously came from flights passing through Phuket’s airport.

The Thai franchise of Air Asia is losing about 1.2 billion baht per month due to the lockdown. Its 60 aircraft fleet is left stranded at airports according to Tassapon Bijleveld, executive chairman of SET-listed Asia Aviation.

Tassapon, a major shareholder with 40.52% of Asia Aviation, the owner of TAA, told the Bangkok Post he’s already had conversations with other airlines about the possibility of a merger. He couldn’t disclose any details but says there isn’t a concrete plan, and other conditions must be fulfilled to enable a decision.

“A merger is possible if aviation in Thailand resumes with the same old fiery price wars. Furthermore now we have more limited revenue sources.”

Though domestic air services have taken off since May, passenger loads have not been good, as only those required to travel are doing so, and there is virtually no leisure travel.