A nine month pregnant wife has surrendered after fatally shooting her husband following an arguement in a Phang Nga house on Saturday (June 30).

32 years old Orawan Buamart, who is nine months pregnant, surrendered to police inside the house. Police found eight cartridges on the floor inside the bedroom of the house.

Orawan admitted that she shot her husband. She was taken to the Takua Pa Police Station for questioning.

Orawan told police that they were legally living as husband and wife for more than two years. They had just moved to this house. But she said they were always arguing and had family issues.

Yesterday, she told police, they had a serious argument. Her husband fired a shot from a 9mm handgun at her, but missed. They continued fighting, according to the woman’s story. Lt Col Sommit put the gun on the bed and tried to jump out of the window. Orawan grabbed the gun and fired several shots until the bullets were finished.

Police are continuing their investigating into the incident. 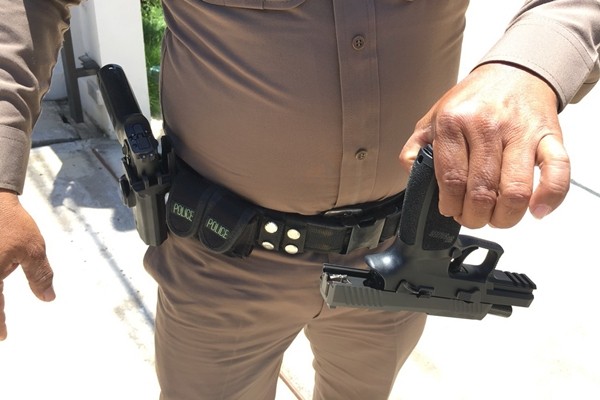