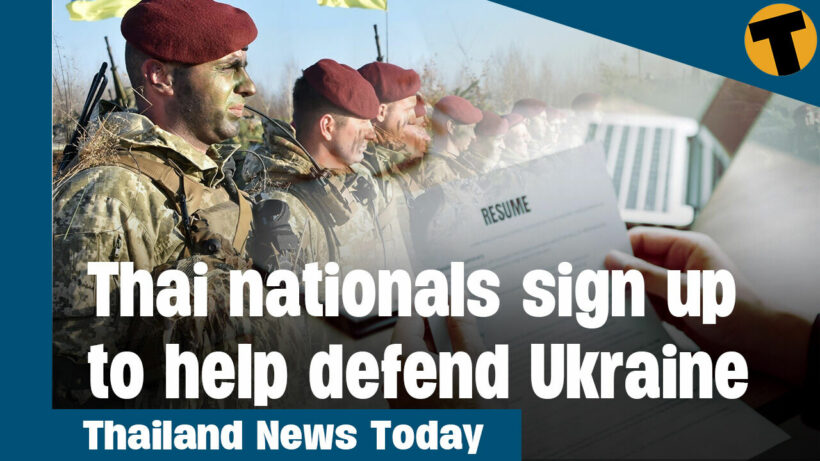 The final 3 defendants in a zero-dollar tourism scam exposed in 2016 were acquitted by the Thai Supreme Court yesterday. The court ruled that there was insufficient evidence to prove the case against the 3.

The zero-dollar tourism scam involved cheap package tours for Chinese tourists, who would be accommodated in cheap hotels, and taken to certain restaurants and on shopping tours where they were sold overpriced products.

Thai PBS World reports that a network of operators, including hotels, restaurants, shops, jewellery stores, and coach services were all in on the scam, which was operated by the same group of businessmen. Most of them were Chinese, running the scam with the cooperation of their Thai partners.

The scam infuriated local tourism organisations, who pointed out that the Chinese tourists were not helping the Thai people or benefiting the Thai economy in any way, as any money they spent was done through app transactions and diverted back to China.

In 2016, the government decided to step in and 13 people were arrested for their role in the scam. Police also confiscated 2,000 buses which had been used to ferry Chinese visitors around on the organised tours. The fallout from the government’s crackdown was a substantial drop in Chinese tourists that year.

The 13 arrested were charged with running tourism businesses illegally, potentially damaging the local tourism industry. They were also charged with money laundering and overcharging tourists. However, all of them were acquitted by the Criminal Court, which said there was insufficient evidence. In a subsequent appeal, the court acquitted all but 3 defendants, who were fined 500,000 baht each.

Yesterday, in acquitting the final 3, the Supreme Court ruled that a claim alleging the group concealed the true nature of the package tours, which were, in reality, over-priced shopping tours, could not be proven and was instead mere conjecture.

Thai nationals, moved by footage of the conflict in Ukraine, are signing up to defend the country following the Russian invasion. Last week, the embassy of Ukraine posted on its Facebook page, appealing to foreigners to help the country fight the Russian offensive.

According to a report, a notice outside the embassy in Bangkok requests applicants to submit paperwork that includes evidence of military training via email. Volunteers must also pay for their own travel costs and related expenses.

However, one stumbling block is that many of them lack basic weapons training. Others are former conscripts but have never actually fought in battle. Meanwhile, the Ukrainian embassy has dismissed rumours that volunteers who go to fight in Ukraine will be given Ukrainian citizenship and other compensation once the conflict ends.

Meanwhile, a spokesman for Thailand’s Ministry of Foreign Affairs Tanee Sangrat says that while the ministry is concerned about Thais volunteering to fight in the conflict, its priority is getting citizens out of Ukraine.

Officials in Bangkok have installed over 62,000 security cameras all over the capital, with Bangkok governor, Aswin Kwangmuang, saying the installation of additional cameras has been done with the safety of residents in mind.

The Bangkok Metropolitan Administration has also set up 13 monitoring centres, where CCTV footage can be checked. According to Aswin, all security cameras across all 50 districts of the capital are now online and connected to the monitoring centres. He says regular checks are carried out to ensure the cameras remain online so that incidents or accidents can be recorded and footage subsequently checked.

The governor says members of the public can request to view footage from any of the cameras by contacting the monitoring centres. They will need to know the serial number of the CCTV pole or of the controlling box, as well as the date and time of the incident they need footage of. Aswin says cameras are now in place in both busy areas and in quieter side streets, as well as on pedestrian bridges and other public areas. Footage can be used in criminal prosecutions as well as providing evidence in the event of road traffic accidents.

The Department of Disease Control says Thailand’s daily new Covid cases could reach between 40,000 and 50,000 by the middle of next month. Health officials warn that infections could even rise to 100,000 if current restrictions are eased.

According to a Thai PBS World report, officials have called for strict adherence to Level 4 restrictions, particularly in restaurants, bars, and other venues where there are large gatherings. The DDC says if restrictions are strictly complied with, cases could peak at about 20,000 a day. If the country has to move to a Level 5 alert, this would involve re-introducing a curfew.

Yesterday, Thailand reported 23,618 new infections, which was a drop on Saturday’s high of 25,615.
Bangkok yesterday reported 2,779 new cases from PCR testing. The capital currently has just over 101,000 patients in home isolation and around 26,000 in community isolation facilities.

Meanwhile, in order to ease the pressure on Bangkok’s outpatient facilities, the Public Health Ministry has enlisted the help of 14 hospitals in surrounding provinces. Public Permanent Secretary Dr Kiattibhoom Vongrachit says the number of staff manning the 1330 hotline run by the National Health Security Office has been increased to 700. However, those answering calls are still struggling with the volume, which reached 70,300 calls on Wednesday. This means many calls are going unanswered or callers are on hold for a long time.

Police in Chachoengsao, a province east of Bangkok, arrested a woman suspected of tricking another woman into working as a prostitute in the United Arab Emirates. She is one of six suspects in the case.

The alleged victim told authorities she was invited to work as a masseuse at a spa in Dubai. The woman who invited her was called ‘Ms. Lilly’, and promised her a 40,000 baht monthly salary. After she flew to Dubai in September, Ms Lilly confiscated her passport and ordered her to give clients sexual services.

The Department of Special Investigation said when the alleged victim wanted to leave, she was told she would have to pay 70,000 baht for expenses. The woman arrested in Chachoengsao is Thai, while the other suspects are both Thai and foreign. Another was arrested in November, and the DSI director-general told the Bangkok Post authorities were intensifying their search for the other four.

The alleged victim got public attention in September when, while in the UAE, she posted a video on Facebook about her situation. The video went viral, and PM Prayut then ordered the Labour Ministry to coordinate with the Royal Thai Embassy in Abu Dhabi to return her home. Thai authorities then tracked down the trafficked woman, and the parlour where she was allegedly forced to work was shut down. She was brought home safely.

An anti-corruption watchdog group is once again calling out a local government organisation for another purchase of expensive street lamps in Thailand.

Many have accused a local administrative organisation in Samut Prakan, the next province just south-east of Bangkok, of overpaying for the solar-powered lamps adorned with kinnaree figures of a mythical half-bird, half-woman, painted gold.

Hundreds of decorative lamp posts have been placed throughout Samut Prakan’s Rachavera area. Some placed along streets still need to be developed. One photo shared in the media shows the lamp post lined along a street so flooded that it looks more like a river. Another photo shows the lamp posts lining an undeveloped street with overgrown vegetation.

The Racha Thewa Tambon Administrative Organisation is under fire again for inviting electronic bids for the procurement of 720 more solar-powered lamps topped with the kinnaree figures at a median price of 68.7 million baht. The Facebook page Watchdog ACT says the results from the e-bidding will be released on March 11 and the project must be closely watched.

Almost 1 billion baht has been spent on the decorative lamp posts in Racha Thewa since 2013, the Anti-Corruption Organisation of Thailand, or ACT, estimates. The local government faced widespread criticism last year and were even investigated by the National Anti-Corruption Commission following accusations that they had overpaid for the street lamps. From 2019 to 2021, the Racha Thewa TAO reportedly spent 642.6 million baht on 6,773 lamp posts. That’s 94,884 baht for each street lamp.

The NACC launched its investigation into the alleged irregularities of the procurement of street lamps in July 2021. Last month, the Bangkok Post reported that the commission was speeding up its investigation and had requested more documents.

Guest1
open 205 new McRestaurants / will increase the company’s store count in Malaysia to 500 by 2026 / 155 existing restaurants. I'm loving it, how math works, sometimes