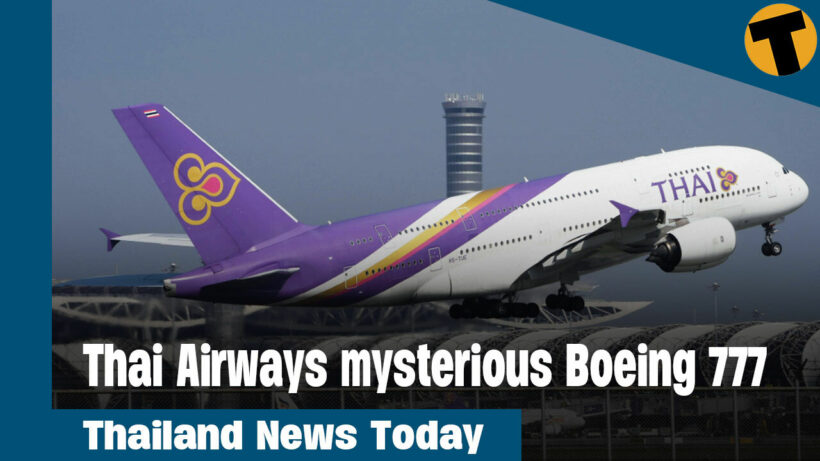 The CCSA has announced today that they will hold off on adjusting the current entry restrictions for foreign travellers to Thailand until after next week’s Songkran festival, as they continue monitoring the spread of Covid-19 in the country.

After today’s meeting, CCSA officials said they plan to adjust their measures in May, depending on the Covid situation after Thai New Year celebrations. Possible changes to the current entry restrictions may include:

Meanwhile, the CCSA said that Thailand is able to manufacture ATK test kits domestically. Currently, Sirirat hospital, together with the private sector, has developed the process to produce some 200,000 test kits per month. But Thailand Prime Minister reportedly wants to increase the monthly output to 1 million, saying it’s possible to do so.

Speaking of ATK tests, I do not know who needs to hear this, but you should not use the liquid solution as eye drops.

Thai netizens are passing around this warning, claiming that a harmful chemical compound called sodium azide found in ATK test kits could make people’s eyes go blind. The Anti-Fake News Centre of Thailand, together with the Department of Medical Science, has investigated the claim and confirmed it to be accurate.

The Department of Medical Science has shared that sodium azide is in fact included in tubes of lysis buffer, which is used to break open cells to analyse them for traces of Covid-19 RNA. But if used incorrectly, the chemical solution could also cause blind eyes or itchy skin. Moreover, the solution could be fatal if consumed, depending on the amount. If it accidentally spills on the skin or eyes, the department suggested washing it off with clean water and visiting a doctor if irritation persists.

It’s not the first time the Anti-Fake News Centre of Thailand has taken on groundless social claims about Covid-19 and standard testing procedures. Last month, the centre debunked a report making rounds on social media that taking a deep nasal swab could damage your olfactory nerve and render your sniffer useless.

The Medical Services Department found that while a deep nasal swab may in fact touch the nose’s sensory nerve, it could not damage it. There’s also no evidence suggesting that a deep swab could cause you to lose your sense of smell.

Following a record registration of 31 candidates for Bangkok’s gubernatorial election, PM Prayut advises the future governor, probably not from his own party, to continue solving the city’s problems.

Prayut offered a few pointers on several pressing issues, including Bangkok’s drainage system and population density, issues so pressing that his lackey governor hasn’t addressed them.

Prayut said in order to fix Bangkok’s drainage system, the city’s canals will have to be dredged. Pollution in Bangkok canals has for many years made the surrounding air smell foul. Meanwhile, stagnant water creates breeding grounds for those nasty black and white mosquitoes that spread Dengue fever.

To mitigate the situation, the Department of Drainage and Sewerage is poised to open up the โอ่งอ่าง canal’s drainage system to increase water circulation into the Bang Lamphu canal. The department hopes that improved circulation will quell the putrid smell of sewage in the area (rather than spreading the pollution to other areas). In his advice to the next governor, Prayut added that illegally built houses were another step to take in fixing the drainage system.

Another key issue Prayut has offered advice on is the population density in business zones. Prayut argued that business zones should expand to outer areas so that people are not too densely concentrated in inner Bangkok. Prayut warned that most, if not all of Bangkok’s issues, will require public hearings and approval by the city’s residents in order to be solved.

One inventive candidate for the Bangkok Metropolitan Council has come up with a new design for campaign ads, saying his transparent banners would reduce car accidents.

The candidate said such banners would not block the visibility of drivers, as they can see through the clear plastic material, unlike traditional banners.

However, Thai netizens, who have been keen on clearing the city’s sidewalks from obstructions, say the new style of banners still blocks the sidewalks anyway.
With the elections for Bangkok governor and the Bangkok Metropolitan Council coming up, almost every sidewalk in Bangkok is now littered with colourful campaign ads, showing the pictures, numbers, and political slogans of each candidate. Many Thai netizens have shared their opinions online about the latest crop of banners, complaining that they’re blocking the sidewalks and wasting resources. Recently, a video showing a banner on a sidewalk in Bangkok obstructing a foreigner in a wheelchair went viral on Thai social media, making each candidate rethink their campaign ad designs.

He shared that he aimed to create ads that are less obstructive to driver visibility, but that it’s not easy to find the materials and suppliers needed to develop such see-through banners. He added that his transparent ads also symbolise that his work for the city of Bangkok would likewise be transparent. He also made the analogy that he could see through every problem from the perspective of residents and clearly understand the solution, just like looking through the banners.

Netizens shared their opinions about the transparent banners in the post. Some said that while it was good to start thinking about residents, the new ads still had the weaknesses of being too big and blocking the sidewalks anyway. Some said that they’re a waste of resources, as they’re made from wooden frames and transparent plastic, which would later become trash.

Thai Airways is expanding its fleet by three this month despite going through an ongoing debt restructuring process.

The airline is in the process of selling 45 unused jets, yet they are leasing three Boeing 777-300ER aircraft this month. Two of the leased aircrafts, adorned with Thai Airways paint jobs, landed at Bangkok’s Suvarnabhumi airport on April 5 and another is expected to arrive later this month.
Why would a financially troubled airline, technically bankrupt, lease three new expensive aircraft while also selling off its ‘excess’ fleet?

Apparently, the aircraft will first be deployed on the airline’s Bangkok – London route and will later serve other long-haul flights. Thai Airways will pay the lessor a monthly rate that will further be negotiated to meet the company’s financial rehabilitation process. Costs will be calculated based on how many hours the aircraft will be used.

Thai Airways already has 16 the Boeing 777-300ER aircraft (ER stands for Extended Range), as well as a fleet of recent Airbus A350 aircraft that also serve the international long-range market with a twin-aisle plane and 300+ seats.

In 2021, the cash-strapped airline announced plans to sell 45 planes, leaving them with just 58 aircraft, and cut nearly a third of its workforce to save money.

Since the Bankruptcy Court approved the airline’s application for debt restructuring in 2020, the airline has attempted to generate cash by opening an aeroplane food cafe, selling old aircraft seats on Facebook live, selling in-flight items on their online yard-sale shop, and offering flight simulator sessions.
So the choice to lease three new aircraft is a puzzling one… The Thaiger isn’t sure the airline really needs the aircraft. The Bangkok Post reported that the aircraft will be used “to meet the growing demand for flights” since more tourists are flying into Thailand after the recent ease in entry requirements.

But the airline is hardly swamped with customers as total traffic (measured in revenue passenger kilometres) is still down 45.5% since February 2019. Also, there are currently plenty of parked Thai Airways jets gathering dust at Suvarnabhumi airport. (The Thaiger estimates the number of parked, unused Thai

Airways planes to be as high as 30 this week and does a ‘head count’ of the Thai Airways ‘graveyard’ twice a week.)

Flights into Thailand, as of the first week of April, are up to 90% down when compared with pre-2020 traffic.
Unless there is something special about these new-ish Boeing 777-300ERs being leased?

Well, Thai’s previous Boeing 777s have featured a business class cabin, but never the first-class cabin. As well as state-of-the-art entertainment systems, the three leased aircraft are each equipped with eight seats in first class.

Starting in May, foreign arrivals to Thailand may only have to take ATK tests