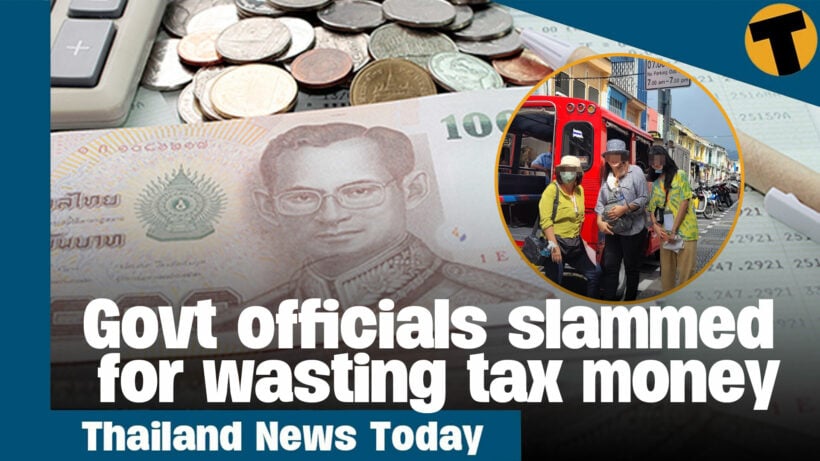 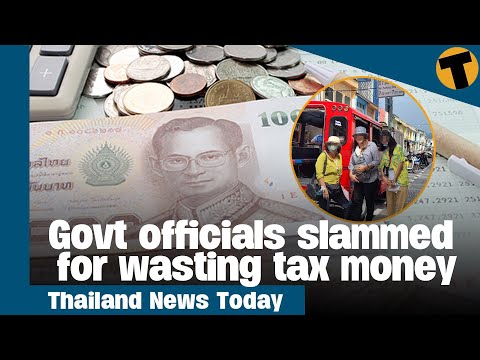 Government officials have been slammed by the public for wasting taxpayer money.

Thai netizens have slammed government officials in the central province of Pathum Thani for wasting taxes on a pointless trip to Phang Nga and Phuket.

Government officials from the Mueng ท่าโขลง District were supposed to be taking part in a working seminar to develop women’s potential in Phang Nga, and Phuket, from June 23 – 26. But the non-profit organisation, Anti-Corruption of Thailand, criticised the government on its Facebook page, saying they used the 490,000 baht trip as a holiday.

The pictures posted on the non-profit organisation’s Facebook page were taken from the Facebook accounts of the seminar participants.

The picture captions were cutting. One said, “Others might go to the sea to escape from love and hot weather, but we escape from work.” Another said, “Go to Phuket! Thanks to the kind sponsors,” and another, “Wonderful activities for ท่าโขลง women.”

The Mayor of Mueng ท่าโขลง district, Suthep Wongjaeng, defended the trip saying, the project was aimed at improving the skills and potential of women in the community. He explained that the participants joined a seminar about being a leader in the digital era.

Suthep added that the group also visited women’s communities on เกาะปันหยี Island in Phang Nga, and Phuket to learn how those women work and use their free time to earn more family income.

Suthep says the group travelled there with a reasonable objective, and posting pictures on social media was a normal thing people did.

Many Thai netizens commented on the Facebook post, and most people agreed with the criticisms, that the trip seemed pointless and the money was wasted. Comments posted included, “That’s the result of my taxes,” “After your relaxing trip, don’t forget to smile to be nice to us at your workplace,” and “They heeded the government’s advice: Thai people should vacation in Thailand.

Locals around Pattaya’s Jomtien Beach are liking the new ban on street and beach vendors who were clogging up the pathways and beach space.

Na Jomtien Municipality started enforcing the ban on Monday (June 27), barring all businesses from reserving spaces on the beach, sidewalks, and roads, in order to conduct business. Those who violate the ban could face a fine of up to 2,000 baht.

Now, locals are breathing a sigh of relief. They say that beach goers can now relax in peace, and local residents don’t have to deal with the noise. The locals said that on top of the noise, there also used to be conflicts between vendors fighting over areas, as well as traffic problems caused by the vendors.

Last week, about 300 vendors protested against the ban at the Na Jomtien Municipality in Chon Buri province. The protestors said the ban would destroy their livelihoods.

The Na Jomtien Municipality is now studying vendor rules in other areas like Jomtien and Pattaya, in order to find a solution to satisfy both vendors and beachgoers. But until that solution comes, the total ban on vendors at Jomtien Beach remains.

The Superintendent of Wang Nam Khiao Police Station informed the media that the couple had surrendered to the police last week. The couple confessed that they recorded the videos at the resort, and the resort owner wasn’t involved with their content.

The couple face charges of publishing pornography for personal benefits, resulting in a penalty of up to 3 years in jail and a fine of up to 60,000 baht or both. Secondly, they were charged for publishing pornography on a computer system that which public could access, so they could face a penalty of jail up to 5 years and a fine of up to 100,000 bath or both.

The police added that before the Office of Police Forensic Science submits the prosecution papers to the court, they will investigate the crime history of the couple. I wonder if that means binge watching OnlyFans for research purposes.

Thai paediatric groups have reported a spate of accidental or misuse of the happy plant by underaged minors.

Only last week Bangkok Governor Chadchart Sittipunt revealed his fears for the health and safety of Thailand’s children after the decriminalisation of the plant on June 9 while a number of health experts also voiced their concerns.

Asst. Prof. Dr Opass Putcharoen, from Chulalongkorn Hospital, announced on Facebook yesterday that a 3 year old girl accidentally ate part of a cookie, containing the plant, which a relative had stored in the house. The child reportedly became sleepy and subdued and was sent to hospital for treatment, where she recovered.

The child is only one of several cases reported between June 21 and 26.

Another case involves a 14 year old psychiatric patient, who had not received any medical treatment for two weeks and unknowingly smoked a joint given to him by a friend. The teenager became confused and his mood changed. He was treated at a hospital and sent home.

A second teenager in Phichit province admitted he consumed some flowers for fun. The 17 year old had hallucinations, became aggressive and tried to harm himself. He was also treated before being sent home.

Another teenager smoked some given to him by a friend and became anxious, tried to self-harm and had to be restrained by his mother.

A second 16 year old in Bangkok, with a history of psychiatric problems, tried chocolate containing the plant and vomited. The youngster became anxious and began hallucinating.

Dr Opass urged doctors who treat children for happy plant-related symptoms to report the cases to the Royal College of Paediatricians and the Paediatrics Society of Thailand, so they can keep a record of all cases and develop measures to protect the nation’s youth from the plant’s side effects.

The land and building tax payment schedule has been extended by 3 months to assist residents and business owners to navigate through difficult financial waters. The end of April deadline has been relaxed until the end of July.

Interior Minister Anupong Paojinda says the extra time will allow taxpayers to pay without penalties, and those who have been fined will be compensated.

Owners of homes, farms, commercial spaces, and undeveloped land are all part of the land and building tax law. Depending on how the properties are used, different rates apply; payment is generally due in April of each year.

The tax law gives tax payments a reduction for the first 3 years of implementation, which began in 2020.

Due to the outbreak of Covid, the government has introduced a 90% land and building tax cut in 2020 to lessen the burden on landowners.

riclag
A potential purchase of  a submarine comes to mind!