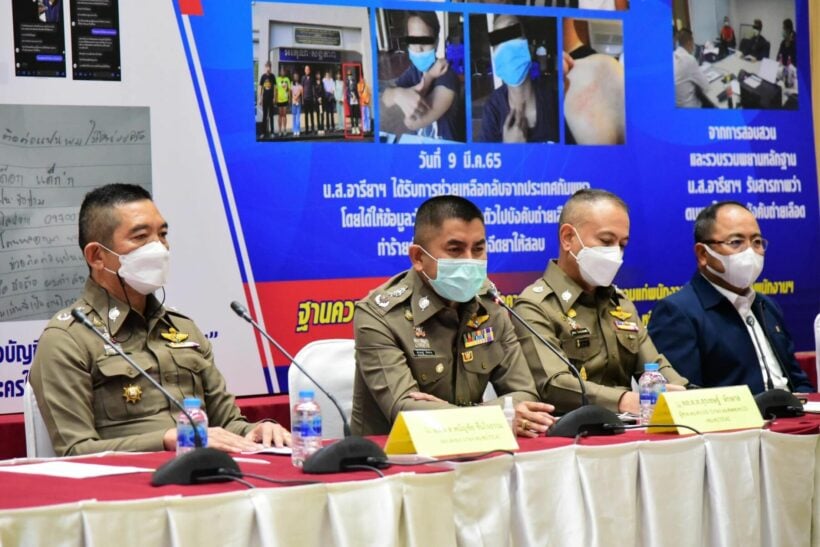 A Thai woman who claimed a Chinese gang stole her blood and attempted to steal her organs in Cambodia has been sentenced to six months in prison with no parole. 25 year old Areeya Komkratok admitted she fabricated the entire story because she urgently wanted to return to Thailand. Areeya, along with seven other Thai people who were lured into working illegally in Cambodia, were rescued and brought back to Thailand earlier this month.

Areeya claimed that she was anaesthetised by a group of Chinese tycoons who drew three bags of her blood and prepared to remove her body parts when she was rescued and taken to a hospital. Areeya created a fake Facebook profile to demand urgent help from Thai officials so she could quickly return to Thailand.

Thailand’s Deputy Commissioner of the Royal Thai Police, Surachate “Big Joke” Hakparn, rushed to help eight Thai people thought to be at risk of organ harvesting who were lured into working illegally for a Chinese-operated call centre in Cambodia. Thai police coordinated with Cambodian officials to safely return the eight, including Areeya, to Thailand via the Thailand – Cambodia friendship bridge in Se Kaeo province, eastern Thailand on March 9.

Deputy Commissioner of Police Roy Ingkapairote confirmed that Areeya made up the whole story because she wanted urgent support to return to Thailand. The false testimony impacted the good relationship between Cambodia and Thailand, said the police general.

Not only were Areeya’s lies a serious offence but they impacted the honour and dignity of both the Cambodian people and the officials who worked together on the case from both sides, “Big Joke” added.

AlexPTY
8 hours ago, Poolie said: Bit of a difference. No bar girl ever priced up her liver for sale to me. Having said that........😃 Every bar girl I met told me she's a cashier

PapayaBokBok
1 hour ago, AlexPTY said: Every bar girl I met told me she's a cashier Ive always been frank and earnest with the thai gals Im frank in bkk and earnest in patts.......as for the article--FINALLY--closure on thai misdeeds!!

Soidog
2 hours ago, AlexPTY said: Every bar girl I met told me she's a cashier Funny how I’ve only ever met ones who told me it was their first night in the bar. I’m assuming that’s true and just an…
Sparktrader
This Thai woman probably spoke perfect mandarin Chinese, and was making phone scams on Chinese people back in China. Yes, they would call Chinese citizens saying they are from YYYYYY police station, and that they have noticed ilegal funds have…

PapayaBokBok
22 hours ago, Sparktrader said: This Thai woman probably spoke perfect mandarin Chinese, and was making phone scams on Chinese people back in China. Yes, they would call Chinese citizens saying they are from YYYYYY police station, and that they…