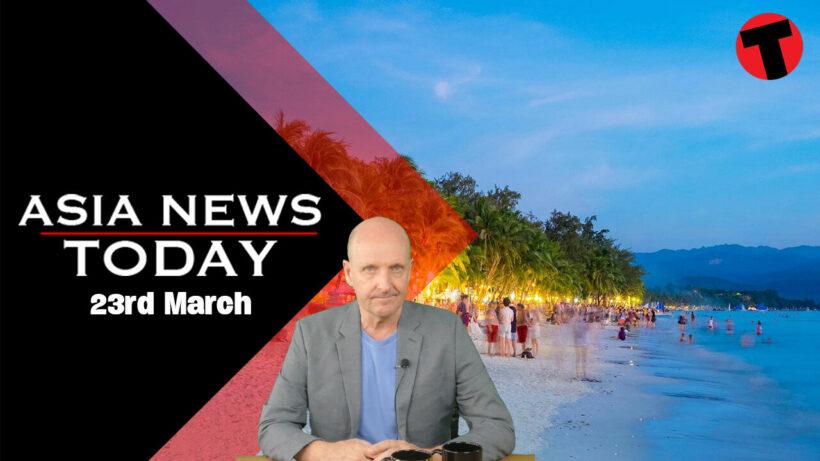 The crash of the Boeing 737-800 passenger plane in China’s southwest ignited a fire big enough to be seen from space. Rescuers continue today to cold through the wreckage on the rugged, remote mountainside, just outside the city of Wuzhou. Investigators admit that just two days following the crash, there appears more questions than answers. Rescue workers have resorted to using drones as they search for the plane’s two vital black boxes, actually coloured orange, one recording data from the plane’s instrumentation and the other recording the voices from the cockpit.No survivors have been found and no foreigners are believed to have been on board. Family members have gathered in closed-off waiting areas at the airports in both Guangzhou and Kunming where Chinese authorities have requisitioned five hotels with 700 rooms whilst they await regular briefings on the situation. Even though the 737 model wasn’t the controversial and most recent Boeing 737 Max, China Eastern Airlines have grounded the rest of their substantial 737-800 fleet until a cause has been established. In 2019, the US FAA ordered inspections of 38 Boeing 737 NG model jets, including the 737-800s, because of cracks found in a part that connects wings to the fuselage. The FAA did not ground the planes at the time.

Two tourists have been found dead on Boracay island, one of the Philippines best known tropical island resorts. The two visitors, one an Australian female, were found in their hotel room on Monday. The other person in the room was identified as a male Filipino national. According to local media, the pair had injuries on their bodies, with police now speculating that their deaths were not due to natural causes. Citing CCTV footage from the area of the room in Barangay Balabag, police have confirmed there were no signs of a third person who may have entered the room. Police also noted that the belongings of the two people, including cash, jewellery, laptops and the mobile phone seemed to be untouched. Police confirmed that the pair arrived on Boracay on March 13 and had already extended their stay at the unnamed hotel.

Japan is reacting angrily following Russia’s withdrawal from peace treaty talks, and they’ve frozen joint economic projects on the disputed Kuril Islands because of Tokyo’s sanctions imposed because Russia invaded Ukraine. Believe it or not, Russia and Japan have still not formally ended World War II hostilities because of a long standoff over disputed islands just off Japan’s northernmost island of Hokkaido…. The Russians call it the Kuril Islands… Japan calls it the Northern Territories. The islands were seized by then-Soviet Russia at the end of World War II. Japanese PM Fumio Kishida says he strongly opposes Russia’s decision, deeming the situation “unfair” and “completely unacceptable.”He noted that Russia had used Tokyo’s sanctions on the Russian invasion as an excuse to call off negotiations on the treaty, but that Japan will remain steadfast with its unilateral sanctions on Russia and Russian companies. In response to the invasion, Japan announced plans to revoke Russia’s most-favoured nation trade status, expand the scope of asset freezes against particular Russian individuals and ban imports of certain products. This happened last Thursday.

The 3 month old China-Laos Railway is making Kunming, capital of southwest China’s Yunnan Province, a vital new trade and logistics hub connecting China’s domestic markets with other foreign markets in South and Southeast Asia. The freight volume on the new high speed China-Laos Railway has hit 1.2 million tonnes. The China-Laos Railway stretches over 1,000 kilometres and links Kunming to the Laotian capital Vientiane, which is right on the Thai/Laos border. Some of the most popular export items have been fertilisers, electronic products coming into Laos, while Laos exports rubber, rice, tapioca, charcoal and iron ore back to China. A total of 13 Chinese provinces in China including Beijing, Shanghai and Sichuan Province have now launched cross-border freight train services along the new China-Laos Railway.

Singapore is upgrading its presence in Israel from a lower-level consulate to full embassy in the latest move reflecting better relations between Israel and countries with a strong Muslim presence.Israel and Singapore forged diplomatic ties originally in 1965 and have had generally cordial diplomatic relations for decades… Israel selling defense equipment to Singapore and having a full embassy there since 1968.Now, Singapore is openly boasting about its Israel relations with the Singaporean foreign minister, announcing the new embassy that will be in Tel Aviv.

Indonesia is the latest South East Asian country to lift all quarantine measures for fully-vaccinated travellers ending two years of border closure as the region moves past the worst of the Omicron wave of Covid-19.Indonesia will expand its quarantine-free travel to the rest of the country after a successful two-week trial of the program in Bali, Batam and Bintan islands. Infections have remained low in those three tourist areas, prompting Indonesia officials to quickly expand the dropping of quarantine.But arriving visitors are still required to take a PCR test on arrival.Daily coronavirus infections have dropped more than 90% from a mid-February high, even though Covid-related deaths still remain relatively high, reaching 154 people on Monday.