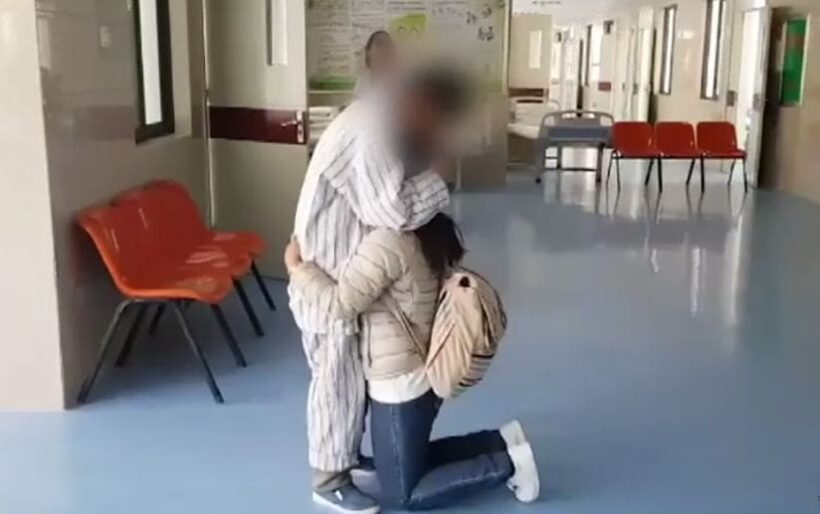 A missing 59 year old Thai woman, reportedly suffering from Alzheimers, has been found in Kunming, China’s Yunnan province, about 700 kilometres from her home in Thailand.

She was reported missing from the northern province of Chiang Rai eight months ago.

Kunming police found the woman, Kaewmanee Arjor, walking alone on a highway and alerted Thai officials in the Chinese city.

Kaewmanee’s daughter, Suchada, was accompanied by Chiang Rai officials, and flew to Kunming to be reunited with her mother yesterday. They are expected to be back to Chiang Rai today.

Initial questioning of Mrs. Kaewmanee indicates that she walked from her home in Chiang Rai to Kunming. It is not currently known how she survived but she appears to be healthy and could communicate with her daughter but was unable to offer details of her journey.

The Chinese police, who arranged accommodation for Mrs. Kaewmanee while Thai officials arranged her repatriation, were thanked by the family and Thai police.

The family say they were impressed with the kindness shown by the Chinese police and the humanity of the Thai immigration police in paying for the return of their mother.

Tham Luang caves closing for retrieval of all rescue equipment

Up up and away – getting married aloft in Chiang Rai Samut Prakan woman bit by snake while using the toilet