Police in Chiang Rai have arrested a Singaporean national accused of forging visa documents. 26 year old David Han, a former employee at the Thai Embassy in Singapore, was arrested by Immigration Police at a hotel in Chiang Rai in possession of counterfeit documents required for visa extension. 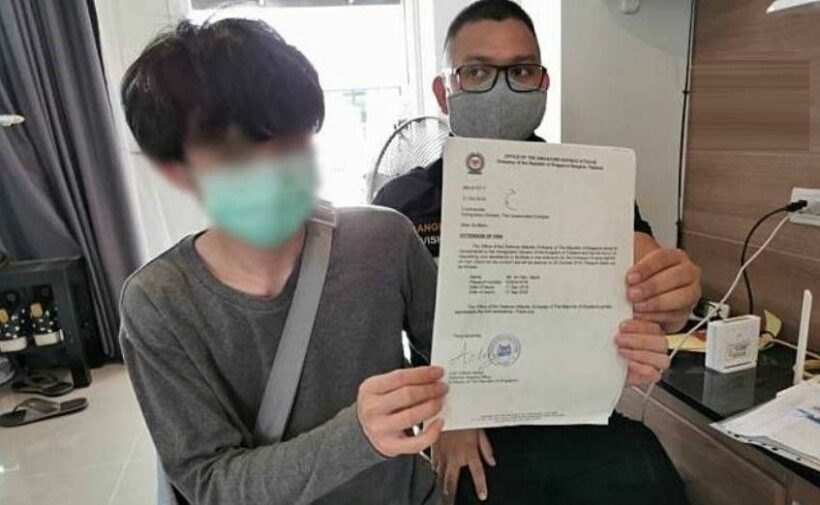 It’s understood the accused continued to produce fake documents after leaving his job at the Embassy, for himself and others. He is also accused of forging paperwork when applying for credit cards, which he used to finance investments in stocks. He is reported to have over 700,000 baht in credit card debt and around 1 million baht invested in stocks.

Han admits to producing counterfeit documents, with police saying his forgeries were very similar to the real thing, apart from some inconsistences with dates and signatures. His visa has been revoked and a police report filed at Thung Song Hong police station in Bangkok, where he is being detained, awaiting prosecution.