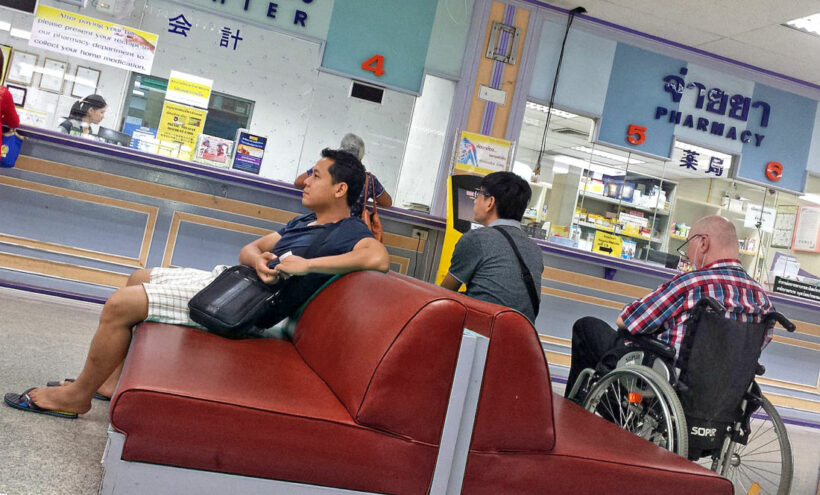 Despite a lot of resistance from the local Thai private hospital networks, The Department of Internal Trade says they will proceed with its crackdown to control prices of medicines now that it has received their price lists.

Once legislation is enacted, hospitals selling medicines above the median price set by the department will face fines and/or imprisonment. Since August 16, every hospital has been required to print out QR codes so patients can compare prices.

Many Thai private hospitals have been price gouging patients for medications sold through their in-house dispensaries for years, sometimes inflating prices for prescription medications up to 3,000% the price of a local pharmacy.

Prayoth Benyasut, the department’s deputy director-general, says private hospitals, manufacturers, importers and dealers provided the department with their price lists on July 31, and DIT has used this data to set a price for each item, which will be made accessible to customers.

“If hospitals are not able to explain why a medicine is overpriced, they will be fined 140,000 baht or be imprisoned for seven years, or face both a jail term and fine.”

The DIT says it will summon 20 private hospitals to testify after they failed to meet the July 31 deadline to provide their price lists.

The DIT will release a list of pharmacies on its official website, www.dit.go.th, so people can have their prescriptions filled there, though this option is still being considered by the Pharmacy Council of Thailand.

The department has also sent its agents to check if private hospitals are displaying the QR codes. People can also check the price of drugs on the www.hospitals.dit.go.th website, according to The Nation.

Private hospitals will also be required to follow the Joint Standing Committee on Commerce, Industry and Banking’s notification on regulations on drugs, medical supplies and medical services, which insists that patients be provided with estimated costs before they are admitted to hospital. Hospitals are also required to provide patients with prescriptions that have clear information and instruction.