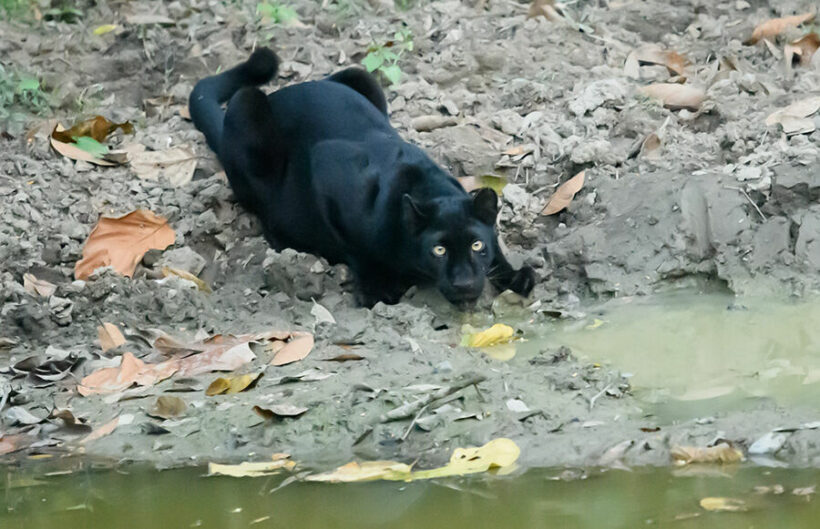 Academics have welcomed the Supreme Court’s decision to uphold a lower court’s sentencing of the former boss of Italian-Thai Development. Premchai Karnasuta and 3 of his staff have been sentenced for the killing of protected wildlife in a Thai national park.

According to a Bangkok Post report, the construction boss and his team were given permission to enter the Thungyai Naresuan Sanctuary in the western province of Kanchanaburi after Premchai claimed he wanted to study the sanctuary’s wildlife. Instead, the group proceeded to hunt protected species, with the carcasses of several animals, including a black leopard, found at their camp site. Premchai and 3 of his employees were arrested on February 4, 2018.

On March 19, 2019, Premchai received a jail term of 2 years and 4 months, which was subsequently increased to 2 years and 14 months by the Appeal Court, following a request from the Attorney General. The tycoon was also fined 2 million baht for poaching wildlife.

Academics and wildlife experts have welcomed the verdict, with Naris Bhumpakphan from the Faculty of Forestry at Kasetsart University saying it sets a new precedent for wildlife crimes. Panudet Kerdmali from the Sueb Nakhasathien Foundation says the case has raised significant awareness about the need to protect wildlife. He adds that, while progress is being made, forest encroachment still occurs in protected areas.

“We need to see proper management to reduce harmful contact between man and wildlife in the future. It is another challenging job to save the wild.”

However, Panudet says residents understand the importance of conservation and local communities have welcomed the verdict in the Premchai case.

Meanwhile, Sompoj Maneerat, a former spokesman for the Department of National Parks, Wildlife and Plant Conservation, says the verdict has given a boost to forest officials whose mission it is to protect the country’s wildlife and habitats.

What vaccines and mixing is accepted to enter Thailand now?