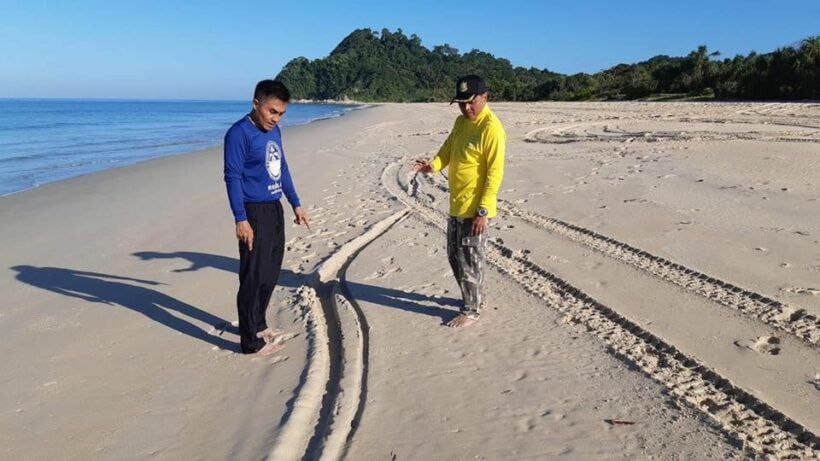 Thieves have stolen almost all of the eggs from a fresh nest of a rare leatherback turtles along a Phang Nga beach in southern Thailand. The incident happened on late Friday or early on Saturday. The mother turtle had come ashore in Khao Lampi-Hat Thai Muang national park to lay her eggs.

Dr Thon Thamrongnawasawat, marine biologist and lecturer at Kasetsart University on marine ecology, posted on Facebook saying he was “very angry about the theft because it means the loss of the rare turtles, which should have hatched in the national park”.

According to Dr Thon, park officials searched the beach from 4.30am to 9.30am on Saturday morning and found traces of a female leatherback, but could not locate the turtle and discovered a nest containing only two unviable eggs.

Thon says he doesn’t blame the park officials as the beach is about 20 kilometres in length and there was no way for them to know where the turtle would lay its eggs.

Since the leatherback turtle is a protected species in Thailand, Dr Thon says that the Wildlife Protection Act imposes a “3-15 years imprisonment and a fine of between 300,000-1.5 million baht for the theft and/or illegal possession of turtle eggs”.

Dr Thon told Thai PBS World that, since last year, leatherback turtles came ashore to nest twice, each time laying about 50 eggs, an improvement over the years before. 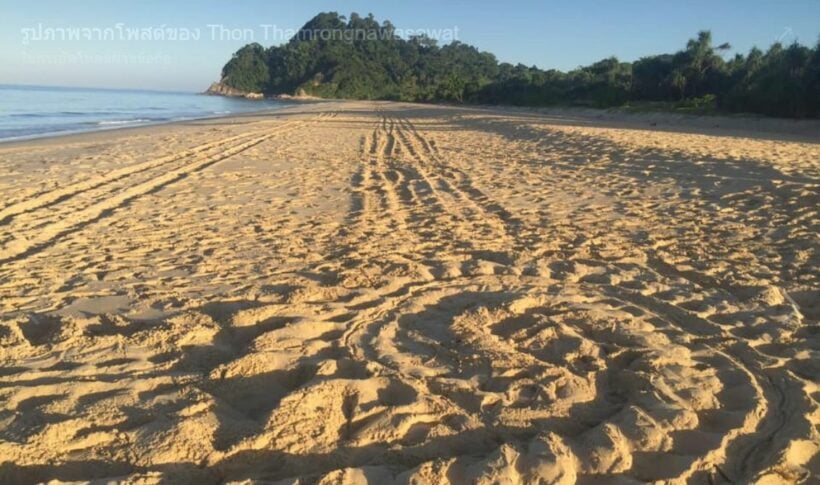 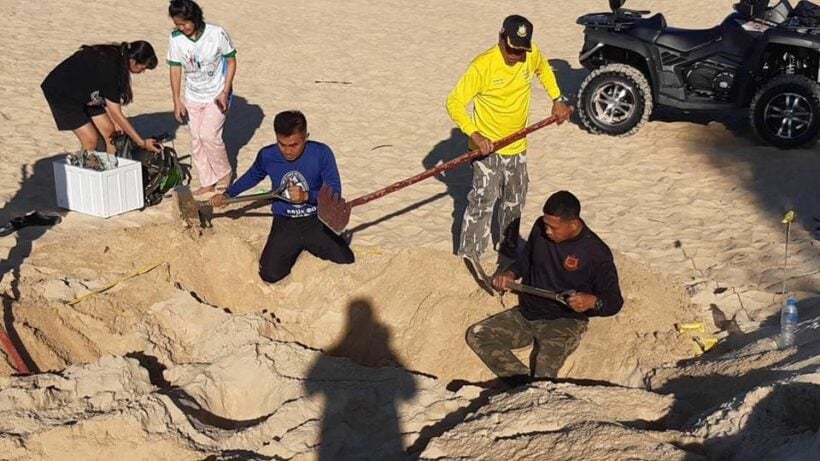 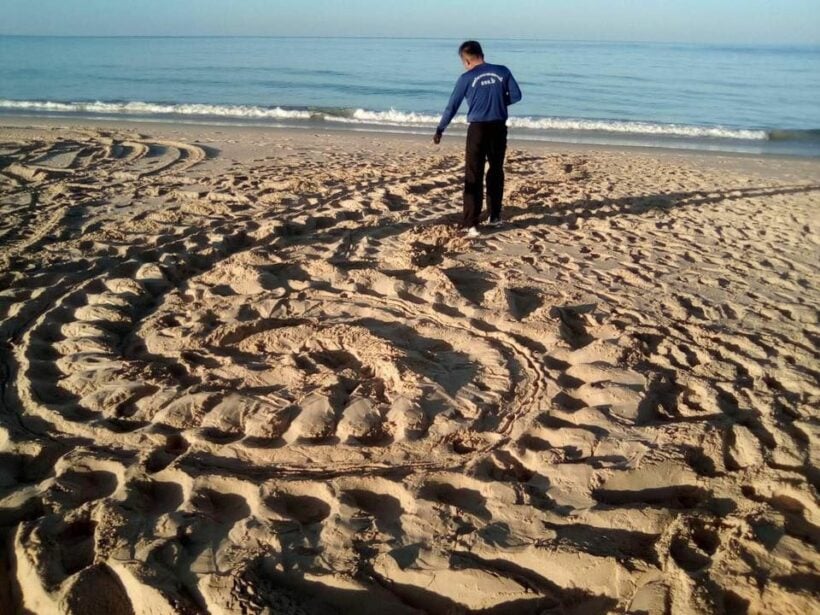