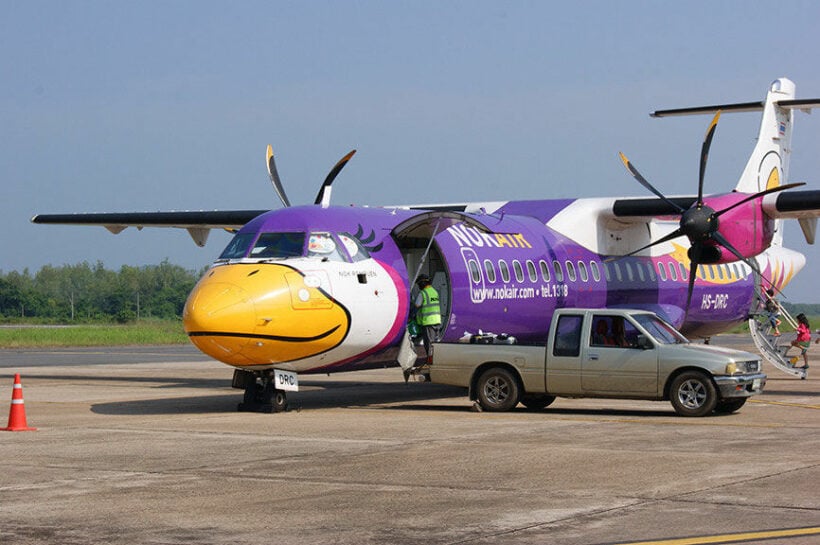 The severe air pollution which has plagued much of Thailand’s central and northern regions for weeks is showing signs of subsiding, with many areas reporting “moderate” to “good” air quality levels yesterday. But in the north levels remain high, with the pollution in Phrae province preventing a Nok Air plane from landing and forcing it back to Bangkok.

Meanwhile, Bangkok ordered 437 schools to close last week because of the hazardous pollution levels. The schools have since reopened after the air quality improved slightly.

Back to Phrae, and the PM2.5 dust particles were found to be 564 micrograms per cubic metre in the province yesterday, more than ten times Thailand’s “safe” standard of 50. The World Health Organisation rates that level as “hazardous”.

The haze was visible in 191 hotspots across the North. Locals were urged to spray water to protect themselves. The smog reduced visibility to such an extent that the Nok Air flight was turned back to Bangkok’s Don Mueang Airport.

People on an 11:30am flight from Phrae had to travel to Chiang Mai or Lampang airports to catch a flight to Bangkok.

“However, those passengers did not need to buy new tickets to take a new flight.”

Those wanting to travel to Phrae from Bangkok were forced to wait for the 6pm flight.

“The flights tomorrow will operate as usual. However, if we experience the same problem again, we will do as we did today.”

PM2.5 dust, particles with a diameter less than 2.5 microgams, is extremely harmful as the particles are small enough to pass through the lungs and enter the bloodstream, with long-term exposure leading to respiratory and cardiovascular diseases such as lung cancer, heart disease or stroke.

UPDATE: Phrae province cited an unsafe level of PM2.5 particulate dust of 305 micrograms per cubic metre of air as of 6am today.

AirVisual – Note the fires ablaze around the Phrae area today