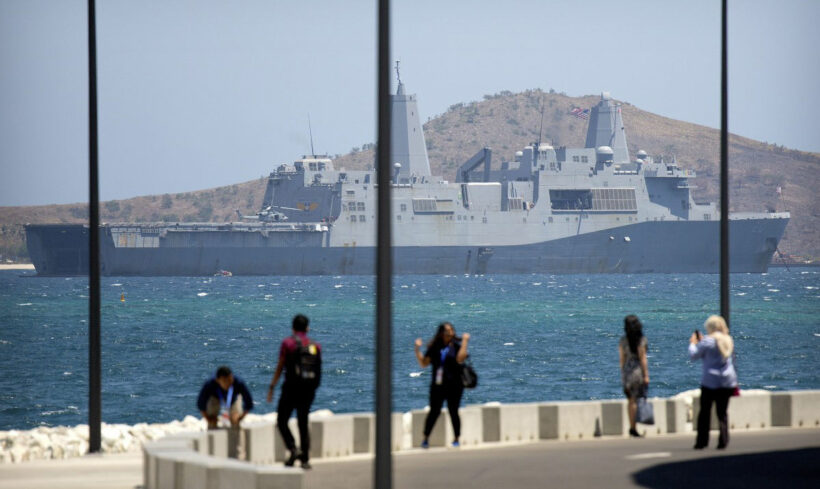 Following US President Trump’s signing of a bill to protect the rights of Hong Kong pro-democracy campaigners, China has hit back, with foreign ministry spokesperson Hua Chunying announcing a suspension of US warship visits and sanctions against American NGOs.

“In response to the unreasonable behaviour of the US side, the Chinese government has decided to suspend reviewing the applications for US warships to go to Hong Kong for rest and recuperation as of today.”

She added that US-based NGOs that had acted “badly” during the recent protests in Hong Kong would also face sanctions. While she didn’t go into detail on what these might look like, she singled out the National Endowment for Democracy, Human Rights Watch and Freedom House, claiming that there is “a large amount of facts and evidence that make it clear that these non-governmental organisations support anti-China”, and accusing them of bearing “great responsibility for the chaotic situation in Hong Kong.”

The Hong Kong Human Rights and Democracy Act which has just become law, mandates that the US president must conduct a yearly review of Hong Kong’s preferential trading status and threaten to remove it if China takes any steps that negatively impact on the freedoms enjoyed by the territory under the One Country, Two Systems rule.

The timing couldn’t be worse for US President Trump, as he attempts to deal with an impasse in trade talks between the two countries, in hopes of securing a partial deal to coincide with his re-election campaign.

Pro-democracy activists in Hong Kong continue to push for increased freedoms and an independent enquiry into police brutality during the protests. Their rallies have been running since June and have turned increasingly violent, decimating the city’s tourism and retail sectors.

Hong Kong’s Finance Chief issued a warning earlier this week that the region was about to record its first budget deficit in fifteen years. See story HERE.