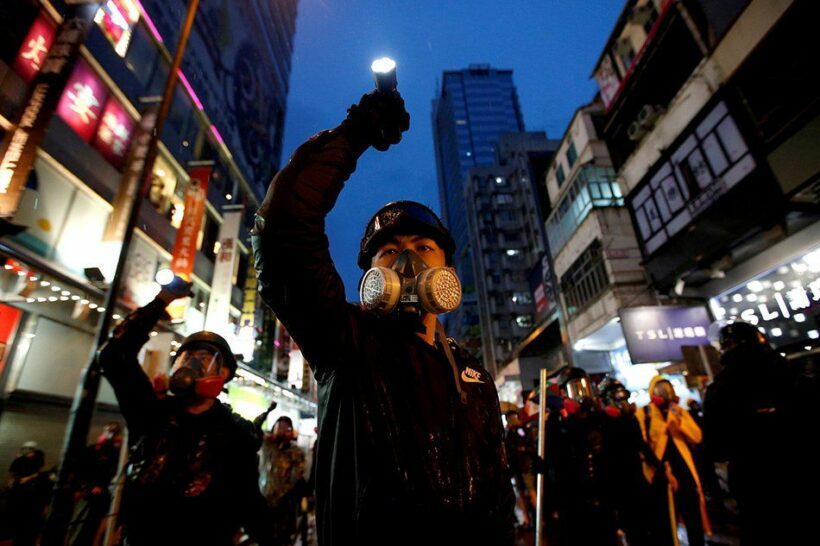 After more than a year of often violent protests and unrest, China says it will introduce a proposal today for a national security law in Hong Kong in a move the US warns will be “highly destabilising” for the Asian financial hub. The announcement late yesterday was quickly criticised by pro-democracy lawmakers and activists as “the end of Hong Kong,” with fears it will stoke more unrest and tighten Beijing’s grip on the semi-autonomous Special Administrative Region.

China has made clear it wants new security legislation passed after Hong Kong was rocked by the 2014 pro-democracy Occupy Movement, aka. the Umbrella Revolution, which began after the China proposed reforms to the Hong Kong electoral system.

The new proposal, planned for the first day of the Chinese parliamentary session, would strengthen “enforcement mechanisms” in the financial hub. The spokesman for the National People’s Congress says China considers it “necessary to improve and uphold the ‘One Country, Two Systems’ policy” referring to the arrangement that has underpinned the city’s liberties and free market economy since it was handed back to Chinese control after the end of the 99 year lease to the British in 1997.

Hong Kong’s mini-constitution, the Basic Law, says in Article 23 that the city must enact laws “to prohibit treason, secession, sedition and subversion” against the Chinese government. But the clause has never been implemented due to public fears it would curtail Hong Kong’s cherished civil rights.

Hong Kong enjoys freedoms unknown on the Chinese mainland, which are protected by an agreement, the Joint Declaration, made before Britain handed the territory back. An attempt to enact Article 23 in 2003 was shelved after half a million people took to the streets in protest. The bill has been put back on the table in recent years in response to the rise of the Hong Kong’s pro-democracy movement.

The NPC spokeman didn’t provide more details about the proposed law but if it is introduced to the NPC it’s likely to be approved, as the body rubber-stamps decisions already made by Communist Party officials.

US State Department spokeswoman Morgan Ortagus warnes that forcing such a law on Hong Kong will be “highly destabilising, and would be met with strong condemnation from the US and the international community.”

President Donald Trump also promised a response yesterday when told of the move on Hong Kong.

“I don’t know what it is, because nobody knows yet. If it happens, we’ll address that issue very strongly.”

Hong Kong’s largest pro-Beijing political party, the DAB, was quick to voice its support for the “responsible move,” but pro-democracy lawmakers are furious.

One lawmaker said Beijing had “shown zero respect for Hong Kong people” by attempting to impose the law without consultation.

“Many Hong Kongers must be as angry as us now, but we must remember not to give up.”

Chris Patten, Hong Kong’s final British governor before the 1997 handover, called the proposal “a comprehensive assault on the city’s autonomy” and said it would would be “hugely damaging.”

“HongKong has been the safe harbour for dissent; it’s the light, the conscience, the voice that speaks truth to an increasingly powerful China.”

Hong Kong has its own lawmaking body, the Legislative Council, or Legco. But at least 2 Hong Kong deputies to the NPC say they’ll propose the idea of introducing the law without going through city’s legislature, using a mechanism provided for in the Basic Law.