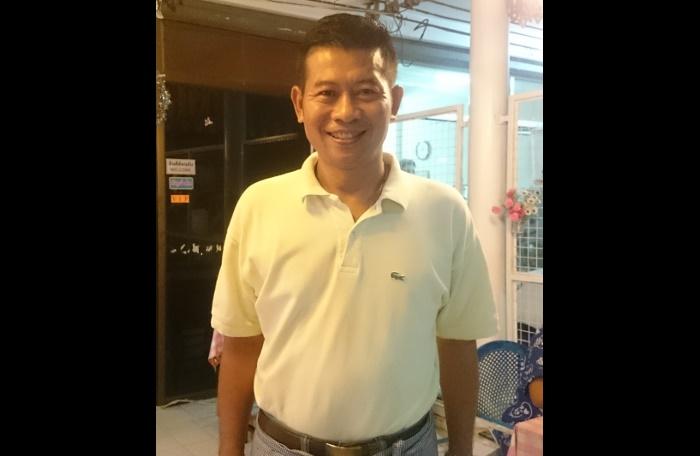 PHUKET: Mitr Kokapan, or ‘Koko’, as he is better known to his friends and family, may look like your run-of-the-mill Phuket restaurant owner, but his life has been far from ordinary. Born in Isarn, he is the second of eight siblings. After moving to Bangkok at an early age, Koko started working at hotels to support himself and further his education.

“I studied political science at Ramkhamhaeng University in Bangkok and worked in hospitality for 15 years. I’ve worked at Hilton, Sheraton, Shangrila, Grand Hyatt – you name it. I started as a bus boy in the fine dining room, then moved up to be a waiter, captain, supervisor and so on,” he says.

In 1992, he met a guest staying at the Grand Hyatt who told him that American cruise ship company Carnival Cruise Lines was looking to recruit crew members. He sat for a TOEFL exam, which he passed, and later met with the company representatives when they came to interview new recruits. He was chosen as a server – and thus began his life of adventure and travel.

“I was very excited when they first recruited me. My whole family came to see me off at the airport as I was the first one in my family to move abroad. When I reached there, I had to undergo rigorous training to learn about different types of food at culinary school and wine training at Nappa Valley, California,” says Koko.

He settled into his role on board the cruise ship, going all over Europe, the Mediterranean, the United States and the Caribbean.

“We changed ships every six to eight months. The ships we worked on were massive – the largest was a 4,500 passenger ship with about 2,000 crew members. There were at least 40 nationalities of guests and crew members on board.

I met and worked with Australians, Europeans from many countries, Americans, Filipinos, Jamaicans, Japanese, Mauritians, Indians… The list is endless. I even met many VIPs and celebrities such as the Backstreet Boys, George Foreman, Jeb Bush and the Miami Heat basketball team,” he recalls.

Despite the glamour of travelling the world and the fact that he was making much more money than he could have imagined back home, Koko says it hasn’t been an easy journey for him.

“I worked up to 14 hours a day, seven days a week. The work itself was very demanding. We had to walk back and forth from the kitchen – which was no mean distance – with two dozen loaded dinner plates, wearing back supports to carry the weight around. The money was great, I made many extra tips as well and could afford anything I wanted. I was able to buy my own house, a car and everything my family and I needed. But I only got to see them once a year for about six to eight weeks,” says Koko.

Koko worked on cruise ships for almost 20 years. It was there that he met his wife Kassama, who was also working for the same company at the time. The couple also helped rehabilitate victims of Hurricane Katrina when it struck the US coast in 2005.

Since retiring from a life at sea, Koko moved to Isarn, where he and his wife owned and operated three motels.

After that the couple moved to Phuket and worked in hospitality. Now he is running his third restaurant, which is in Kathu.

“It has been an interesting journey, but after all these years, I have decided I don’t want to work for anyone anymore,” Koko smiles.