A total number of 67,100 cases of Coronavirus (covid-2019) have now been confirmed worldwide, along with 1,526 deaths reported and 8,193 people recovered. The number of reported full recoveries is now over 5 times the rate of reported deaths, and continues to rise each day.

On top of the spread of the virus, there has been increasingly dangerous spread of what the World Health Organisation describes as an ‘infodemic’ – fake news and fuzzy maths – where people are posting all sorts of fear-mongering and random claims which are not based on science or the actual situation. Now the WHO is urging tech companies to take tougher action to battle the infodemic about the coronavirus. This week representatives from the WHO travelled to Silicon Valley (the Californian home to many of the big tech HQs) to speak directly to executives about the spread of false information.

The digital business solutions manager for the WHO, Andrew Pattison, says that false information was “spreading faster than the virus”.

“Bogus claims that the virus was spread by eating bat soup or could be cured by garlic have already swept the web.

Books on the disease, hastily cobbled together to cash in on the concerns over the outbreak, have been popping up for sale on e-retailers. But often clicking on these searches for info is met with a barrage of ads offering bogus cures, face masks and ‘vitamin C boosters’ – Vitamin C is already listed as one of the fake cures for coronavirus (or any virus for that matter).

In other coronavirus news from around the world today…

• Recession fears are again in the European news after Germany’s economy flatlined at the end of 2019. The coronavirus outbreak now threatens to further dampen exports to China. The German economy showed zero growth over the final three months of 2019, setting up Europe’s largest economy for a difficult 2020, at the time it was predicted to begin experiencing positive growth.

The situation makes Europe especially vulnerable to the looming hit from the coronavirus outbreak. For the UK, recently dropped out of the EU, the situation could be even more hazardous as it tries to establish new trading partnerships.

• Yesterday it was revealed that 1,716 healthcare workers in mainland China were infected by the coronavirus, six have died. The revelations from China’s National Health Commission . Nearly 90% (87.5%) of those clinicians were from Hubei province, where Wuhan is the capital.

• A Russian woman, who escaped from a hospital quarantine ward for novel coronavirus, will now face a lawsuit filed by heath authorities for endangering the public. Alla Ilyina travelled back from China on January 31 and was under observation at the Botkin Hospital for Infection Diseases in St. Petersburg.

The woman fled the hospital without permission by “short-circuiting the electronic lock on the door to her ward”, according to St. Petersburg’s chief sanitary physician. Last Thursday was actually the end of Ilyina’s mandatory 14 day quarantine period, and her lawyer says that his client “had the right to return home”.

• China remains the ‘hotzone’ for coronavirus as we head into the 2nd half of February, about seven weeks into the outbreak. Japan, Singapore and Hong Kong have the next largest identified case loads in the world. Epidemiologists note that the growth in cases continues to be linear rather than exponential, giving them hope that there will soon be a “flattening” of the graph in cases, and deaths.

“Coronavirus cases are not rising dramatically outside China despite a statistical spike in Hubei province on one day this week”, according to a WHO spokesperson.

“The only exception was on a cruise liner docked in Japan, where 44 new cases were reported, bringing the total there to 218. There was also no major shift in the coronavirus’s pattern of mortality or severity.”

• The ‘Diamond Princess’ remains in quarantine in Yokohama Bay, Japan. Not all the 3,700 people on board have been tested yet – people confirmed with the virus are taken to hospitals on land to be treated, while those on board are largely confined to their cabins, according to APF. But Japanese health authorities are now permitting those aged 80 or over, who have tested negative for the coronavirus, to disembark.

“… but they would have to stay in accommodation provided by the government until further notice.”

Photo via Mufid Majnun on Unsplash

The Thai government says it is planning on including 3 million foreigners in its mass Covid-19 vaccination programme in an effort to protect the entire population. Opas Kankawinpong, the head of the disease control department, has confirmed the news, saying that anyone can get the vaccine if they want it.

“Anybody living in Thailand, whether they be Thai or foreign, if they want they vaccine, they can get it. No one is safe until everyone is safe.”

But expatriates have been voicing their concerns in the past few weeks, about, what they say, is a lack of public information, confusion over private vaccines, and problems registering. The mass immunisation programme hasn’t started yet, but the government is sticking to its previous announcement that major tourism areas will open in July to vaccinated travellers. The plan was contingent upon 70% of local residents being vaccinated in order to achieve a herd immunity to the virus. But 50 million Thais and 3 million foreign residents would need to be inoculated over the next few months.

Anxiety over the massive amount of people who have yet to receive even their first dose is growing, as the country deals with its largest outbreak of Covid since the pandemic began. Reports of only frontline workers as having received the vaccines from the stock of 2.5 Sinovac vaccines, have made critics say the government’s slow vaccine rollout is not helping the latest wave.

Meanwhile, another 1 million Sinovac Covid-19 vaccine doses from China have arrived in Thailand while another batch of 500,000 doses will arrive next week. The Government Pharmaceutical Organisation formally accepted the delivery at Bangkok’s Suvarnabhumi Airport this morning.

More than 2/3 of deaths in Thailand from the virus have been recorded just in the past month alone. But new, daily infections have been hovering around the 2,000 mark since the middle of April. The Public Health Ministry says it is working on other ways to communicate with foreigners about getting the jabs. Mobile applications or being contacted directly by hospitals are a couple of ideas on the table. 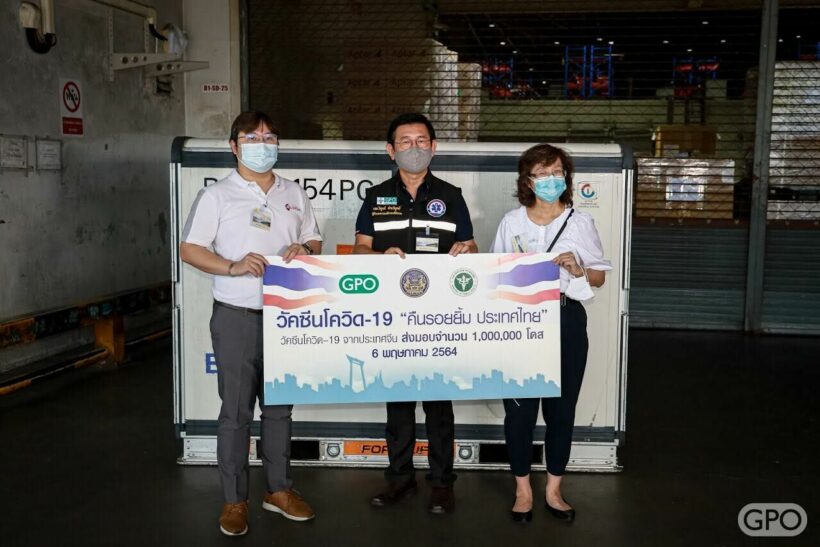 Another 1 million Sinovac Covid-19 vaccine doses from China have arrived in Thailand while another batch of 500,000 doses will arrive next week. The Government Pharmaceutical Organisation formally accepted the delivery at Bangkok’s Suvarnabhumi Airport this morning.

Altogether, 3.5 million doses of the Sinovac Covid-19 vaccine, known as Coronavac, have arrived in Thailand to be used to vaccinate people ages 18 to 60. People need to receive 2 doses for the vaccine to be effective.

The Thai Cabinet received approved a budget of 321.6 million baht to purchase 500,000 doses of the Sinovac vaccine. The next order will arrive on May 14.

The vaccine doses were delivered in temperature-controlled containers which kept the vaccines at a temperature of around 2 to 8 degrees Celsius. 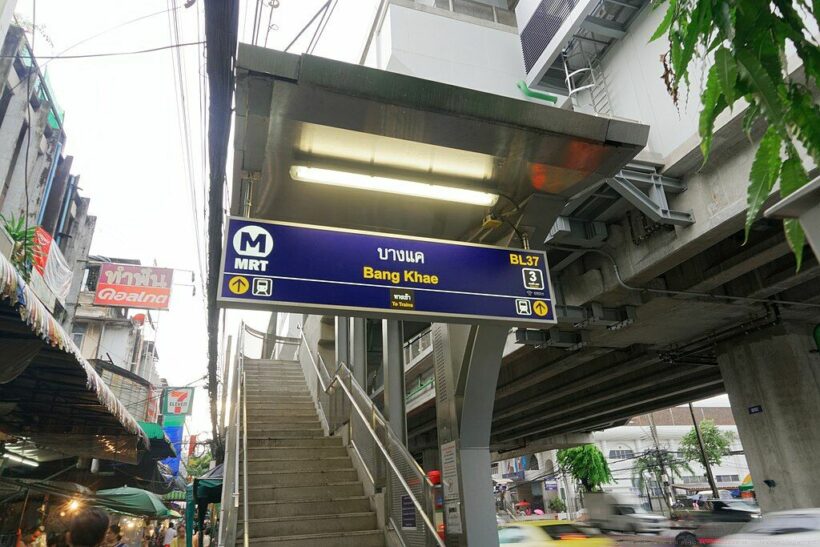