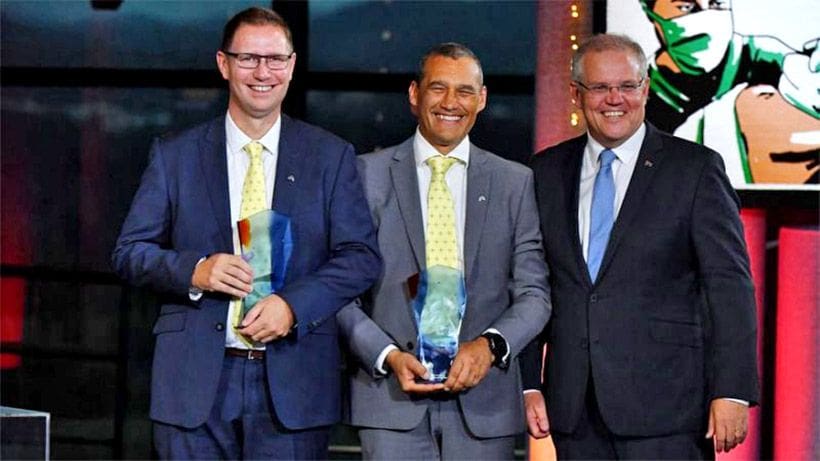 Cave rescue divers Dr. Richard Harris and Craig Challen have been jointly named Australian of the Year for their heroic efforts helping to save 13 young footballers from a flooded cave in Chiang Rai.

In July 2018, Adelaide anaesthetist Dr Harris and retired vet Dr Challen, from Perth, made worldwide headlines when they joined an international team to rescue the 12 boys and their soccer coach from the flooded Tham Luang caves.

It is the first time the Australia Day Council has bestowed the honour on two state or territory finalists at once, reflecting the extraordinary achievement of the long-time friends and diving buddies.

Danielle Roche, chair of the National Australia Day Council, praised the pair for their “selflessness, courage and willingness to help others in a time of need”.

“Richard Harris and Craig Challen led a heroic rescue under the spotlight of the world’s media. They placed the safety of others above their own and inspired hope when hope seemed lost,” Ms Roche said, adding that the divers’ decision to risk their lives “typifies the Australian spirit”.

Before learning he had won the top honour, Dr Harris said being recognised as a finalist was “a completely unexpected result” from what had seemed at the time to be “just doing a job”.

“We felt very privileged to be involved in such a massive undertaking, but it just felt like we were doing the stuff we were trained to do,” he said.