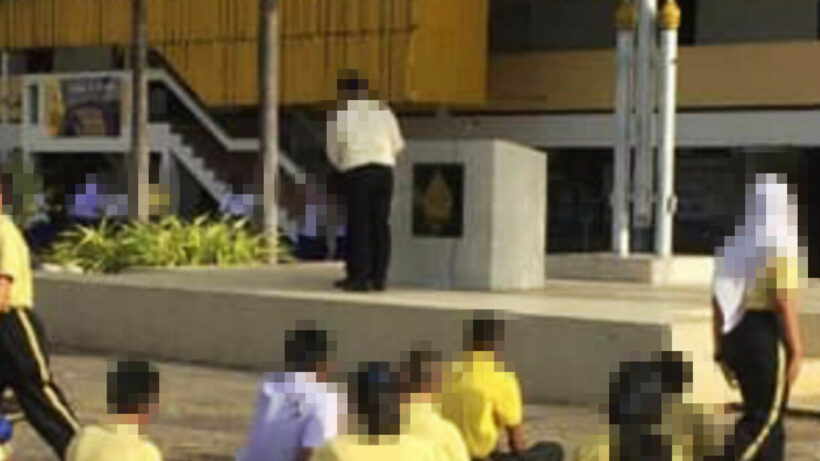 The school director who pulled out a gun during a school assembly amid allegations that he sexually abused a student has resigned. After a student’s mother filed a police complaint accusing the director of rape and depriving a child of parental protection, 60 year old Sayan Chaleephol made a public apology at a school assembly for his “personal problem” and started to pull out a gun from his waistband. Students fled, but it appeared Sayan intended to hurt himself rather than the students.

The school director allegedly sexually abused a Mathayom 3 (grade 9) student at Thepha School in Songkhla’s Thepha district. Along with sexual abuse charges, Sayan now faces charges of carrying a firearm in public. He submitted a resignation letter to the Zone 16 Secondary Education Office on Friday.

The resignation does not affect the disciplinary investigation against Sayan and he is found guilty, then he can be dismissed from government service, according to the education office’s director Sangkorn Rakchuchuen.