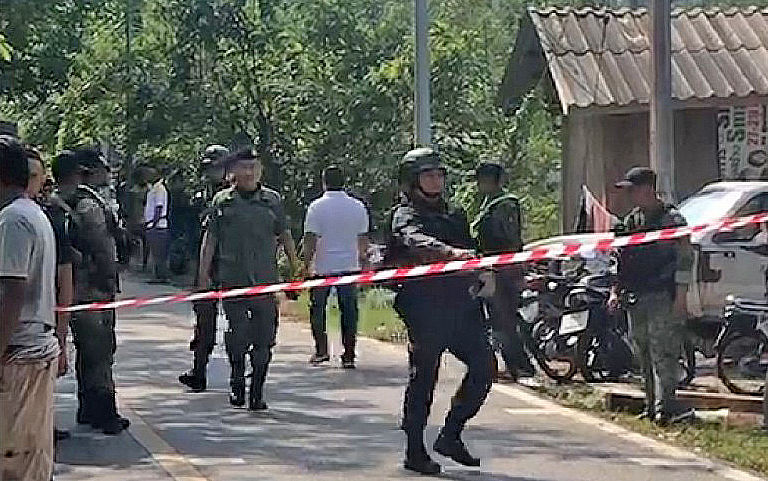 Two defence volunteers guarding a road checkpoint in Yala, southern Thailand, have been shot dead while a third volunteer and a villager have been wounded in an attack by suspected insurgents.

According to witness accounts, six suspected insurgents, riding three motorcycles, approached the checkpoint in Tambon Lampaya yesterday afternoon (Sunday) and the three pillion passengers opened fire at the volunteers at the checkpoint.

Killed at the scene were Abdulloh Waedoloh and Suriya Rakmuang, while another unidentified volunteer and a civilian were injured.

The attackers then grabbed two of the victim’s assault rifles and all six of them fled the scene.

The South Thailand insurgency is an ongoing geographical and religious conflict centered in three southern Thailand provinces. It originated in 1948 as an ethnic and religious separatist insurgency in the historical Malay Patani Region, made up of the three southernmost provinces of Thailand and parts of a fourth, but has become more complex and increasingly violent since 2001. Over 6,500 people died and almost 12,000 were injured since 2004.