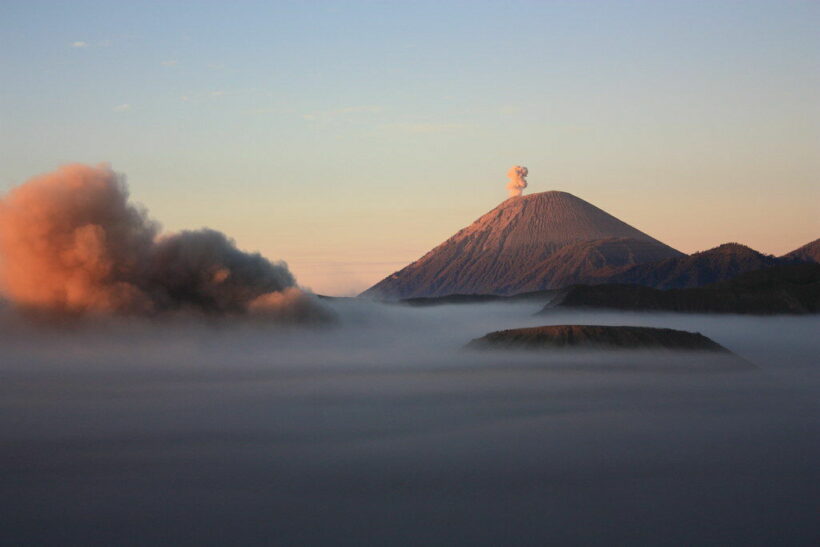 Stock photo of Mount Semeru in the distance via Flickr

More than 34 people were killed, hundreds hospitalised, 22 seriously injured (mostly burned), and nearly 3,000 houses and 38 schools were damaged after a Mount Semeru volcano erupted in the Lumajang district of East Java on Saturday. Indonesian President Joko Widodo visited the ravaged areas yesterday to reassure people that communities will be restored quickly and assistance is reaching those in need.

The president also promised to rehabilitate infrastructure, including the key bridge linking Lumajang to neighboring cities, and relocate roughly 2,970 dwellings out of risk zones after visiting survivors in shelters on a soccer field.

Because most of the search areas are difficult to reach, the number of dead and missing is anticipated to climb, as 22 residents have been reported missing, and rescuers are still looking for them, according to the national disaster mitigation agency spokesperson, Abdul Muhari. Wayan Suyatna, the chief of the local search and rescue organisation, said relief workers were working to clear tons of volcanic debris, focusing on three areas in the worst-affected village of Sumberwuluh, where people are still feared trapped in houses buried to their rooftops.

“The volcanic ash deposits are still quite hot, and the further we dig, the hotter it gets.”

In the last 200 years, Semeru, also known as Mahameru, has erupted several times. Tens of thousands of people live on its lush slopes, as they do on many of Indonesia’s 129 volcanoes.There were no injuries when it last erupted in January. But experts had warned that the dome might collapse further, trapping an avalanche of searing gas and debris beneath it.