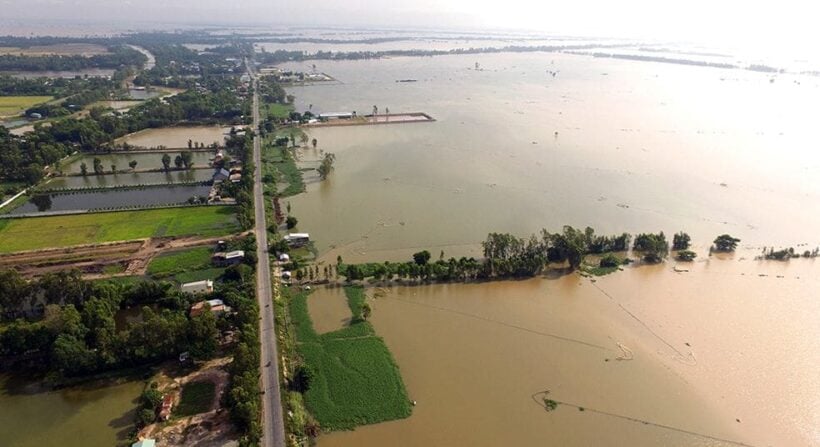 Even though the levels of the Mekong River in Nong Khai’s Phon Pisai district continue to drop, farmlands,20 homes and a school remain submerged, as the river continues to block the drainage of floodwater from a swollen creek.

Most of the families have moved to stay with relatives while others have sought shelter in tents set up by the Tambon Wat Luang administrative organisation.

The area has been flooded for the past week and conditions today (Monday) prompted Pak Suay Pittyakhom School to announce it would remain closed all this week. Floodwater some 50cm deep has rendered a one-kilometre section of the only road to the school impassable.

The level of the Mekong River in the area stood at 11.66 metres, a reduction of 51 cm from the previous day, but still higher than the critical point of 11.40 metres.

Resident 62 year old Khamchana Kaew-at-hat who has been living in a tent for the past week because his creek-side house is under two metres of water, deep, said he didn’t see the situation improving until the end of the month.