Globally, Malaysia was ranked as the #4 country with the most visits to pornography websites. Only Slovakia (#1), Bulgaria (#2) and Ireland (#3) ranked higher than Malaysia.

Other Southeast Asian countries that scored highly were Singapore (#8) and the Philippines (#10).

Many Thais opposed the ban, criticising it as censorship, and took to the streets in protest. Soon enough, the hashtag #SavePornhub trended on Thai twitter. However, the government never lifted the ban which remains in effect today.

Much to the government’s disgust, Thais managed to find a loophole in accessing the banned explicit content. After the announcement of the ban on porngraphy, use of VPNs in Thailand increased by 644%. A VPN allows you to trick your computer into thinking you are located in a different country. Perhaps the Thais set their VPN location to Malaysia. 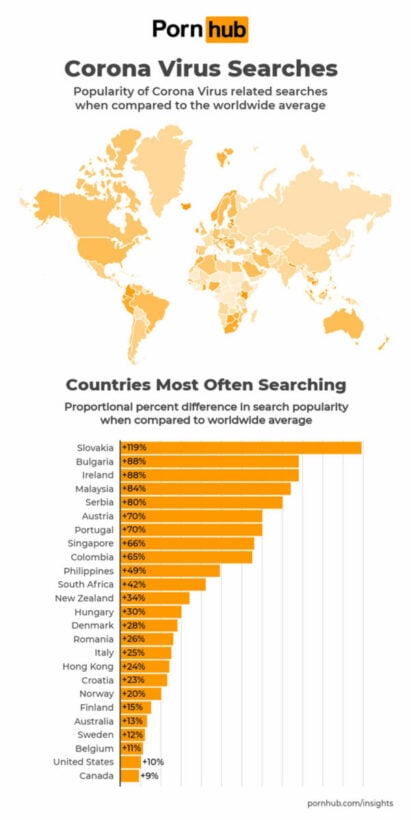 DiJoDavO
3 hours ago, Noble_Design said: I'm sure a few of these items sold quite well in Malaysia during those lockdown times... Why would you buy that extra hand for?

Noble_Design
2 minutes ago, DiJoDavO said: Why would you buy that extra hand for? I don't know... for variety? Sometimes I use my right hand, sometimes I use my left hand and very rarely I would use my foot too.
joseph
Ga bon, chuck wow dequa.
HiuMak
17 hours ago, Thaiger said: As cases of Covid-19 surged around the world, so did consumption of pornography. Lockdowns and restrictions necessary to combat the pandemic encouraged more and more people to search for adult entertainment online. In a recent…

Guest1
12 hours ago, Noble_Design said: I don't know... for variety? Sometimes I use my right hand, sometimes I use my left hand and very rarely I would use my foot too. Your foot? Not that I wanna see that, but…