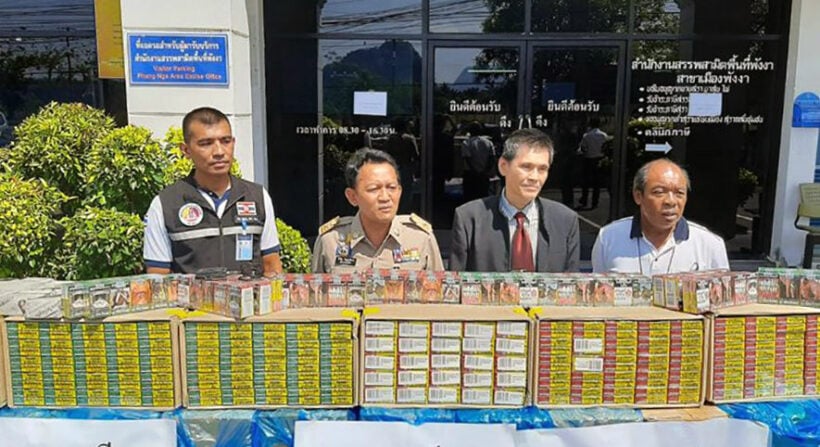 Cough, splutter, gasp… A former police officer has been arrested in Phang Nga, just north of Phuket, last night for his participation in a cigarette smuggling ring. The former officer was charged with possessing illegal foreign cigarettes worth nearly six million baht – the news from Khao Sod.

A total of 74,327 ‘Blue Range’ cigarette packs valued at nearly 6 million baht were seized and the ‘cigarette smugglers’ were detained at the Kok Kloi Police Station in the Takuatung District for further questioning.

Phang Nga Provincial Governor Charoen Tippapontada says it’s the biggest seizure of illegal cigarettes in Phang-nga this year, and one of the largest in the south where cigarettes are commonly smuggled in both directions over the Malaysian border.

There is an estimated 10 million smokers in Thailandresulting in 72,000 deaths annually.