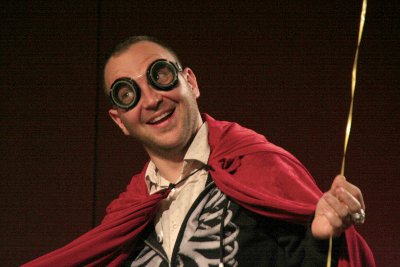 PHUKET: This week’s Weird World News Roundup is an epic run-down of all the small “heroes” that recently found their way into the world’s headlines: Volleyball Visionary, Sir Smoke Not and Peter Magic.

Volleyball strike to head saves ‘victim’s’ life
A 60-year-old man in Hawaii was watching his grandson play indoor volleyball when the ball struck him in the head and sent him to hospital, which ended up saving the man’s life.

“Somebody yelled ‘Hey!’ and a nanosecond later I just turned, and boom, I got hit,” Kaipo Pomaikai told Fox News. “It felt like someone hit you really hard with your eye open. That ball came across half court from the net. The kid had a good hit, man.”

Mr Pomaikai was on the way home after the event when he began to lose vision in his left eye. A CAT scan at the hospital found an unruptured aneurysm the size of a five-baht coin on the right side of his brain.

Doctors said that Mr Pomaikai had the aneurysm for years, and probably would have died within the next couple of years if he had not gone to the hospital that day.

Mr Pomaikai is currently looking for the “Volleyball Visionary”.

“I’d like to meet (him) because I’d like to thank him for saving my life,” he told Fox News.

‘Sir Smoke Not’ pulls gun on pregnant woman
In an unusual attempt of “heroics”, a US man allegedly pulled a gun on a pregnant woman smoking on the sidewalk of Bellingham, Washington, presumably in an attempt to save her unborn baby.

“Who the heck smokes when they’re pregnant?” he reportedly called out. The woman replied, “I do.”

Mr Palmer then allegedly pulled a gun on the woman.

Though Mr Palmer, arrested shortly thereafter with two semiautomatic .45-caliber handguns in his pickup’s center console, acknowledged the altercation, he denied pulling a gun on the woman, reported the Huffington Post.

It is unclear if any stress endured during the altercation will have an effect on the baby’s development.

Peter Magic makes toys ‘appear’
US carnival hero Peter Drakos, now known as “Magic Peter” was born with a unique set of skills that with time he has honed to heroic proportions, and which he now uses to put smiles on the faces of children around the world.

Magic Peter has with time become one of the best carnival game players in the world and donates thousands of the toys he wins to kids, reported Good Morning America.

“I am just fortunate that the guy above has given me these talents that no one else has,” he says.

“There’s no dollar value that you can put on a child’s face when you give them a stuffed animal,” he told ABC News.

Magic Peter got his modest start by helping his father deliver linens to the Michigan State Fair.

“When we were done working at 12 o’clock, I’d start playing the carnival games,” he recalls.

“I started to play and was able to win quite rapidly at all the throwing games – darts, quarters on plates. I developed a technique as time went on. I was winning maybe 1,000 to 2,000 a year, not even trying, not even taking my abilities to the next level.

“Around 1972 or 1973, I started to win around 5,000 to 6,000 a year, so eventually I gave them away to charities, Special Olympics, Toys for Tots, elementary schools. It just goes on and on and on. To churches, any type of community event, I was always donating animals,” he explained.

Like many unusually talented individuals, Spider-Man and Superman leap to mind, Peter Magic has a day job. He is a car salesman in a Detroit suburb.

“Every car we deliver has a stuffed animal in the car,” he says. “People don’t even take it out.”

Due to his extraordinary level of expertise carnival managers have imposed limits on him.

“I can go clean out a whole carnival, but they limit my play. One time there was 140 animals and I think I won them in 30 minutes,” he says. “I used to wipe out an entire booth in 15 minutes but now they won’t let me.”

He now plays about 25 times a year – not for any fame or fortune, but for the kids.

“I wish I could win an animal for every child on this earth that needs one,” he said.

Weird World News: You never know what you’ll get, from a baby to false gold