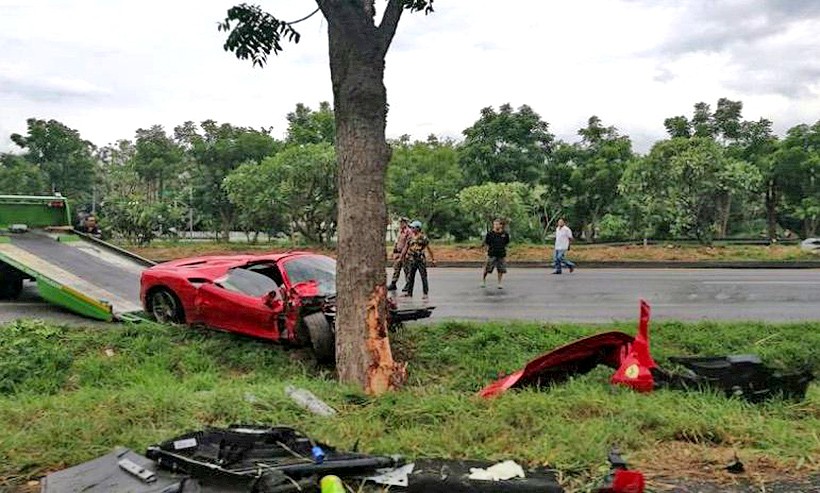 Been a bad week if you’re a supercar owner in Thailand.

Photos from Daily News show a red plate Ferrari that collided with the back of an 18 wheel truck on the Friendship Highway (Mitraphap) in the Si Khiw area of Nakhon Ratchasima.

The accident also involved a Chevrolet car that ended up under the truck in the roadside ditch.

The Ferrari hit a tree and was shown almost totally wrecked.

Daily News reports that four people were taken to hospital with injuries – two from the Ferrari and two from the white Chevrolet.

The accident happened in rain and slippery conditions shortly after 4pm yesterday afternoon (Wednesday). Police believe that the Ferrari was unable to brake in time. The accident caused serious traffic build-up in the area of the Lamtakhong dam.

On Monday a McLaren was back-ended by a black pick-up in Chonburi causing minor damage. 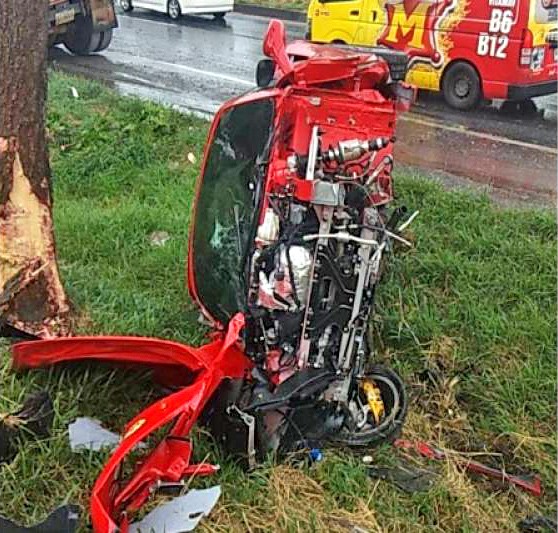 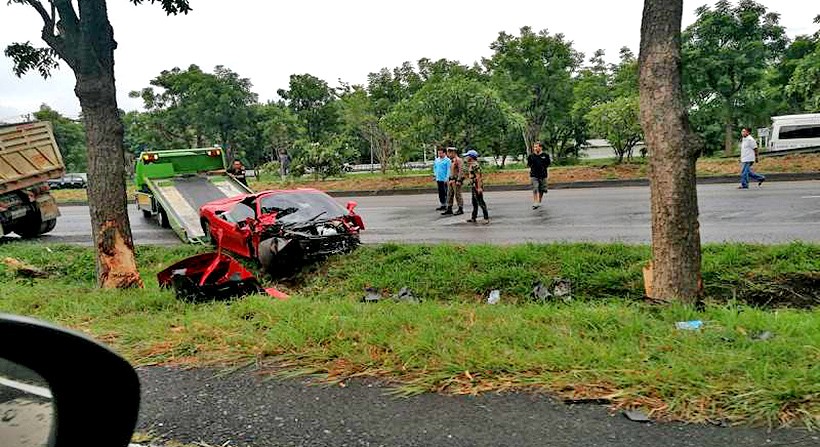 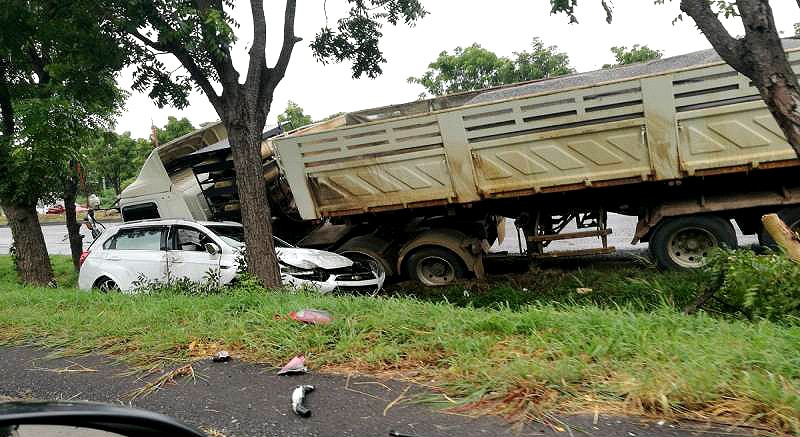 Good news from dams in the north-east