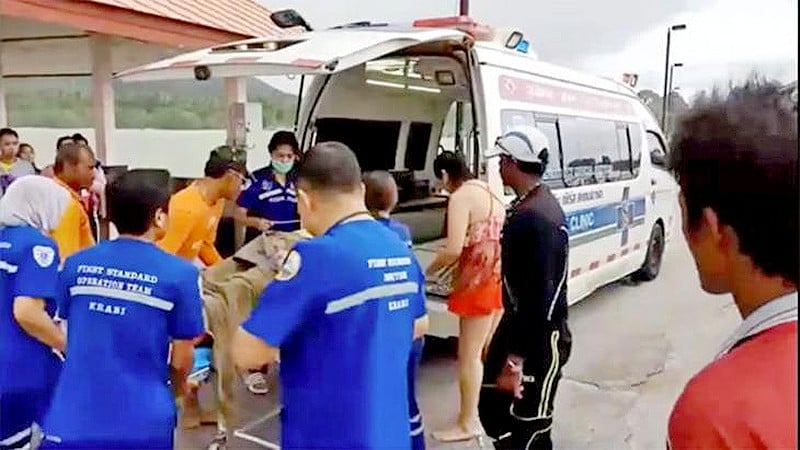 After all the heavy monsoonal weather along our coasts in recent days, we’re lucky we haven’t had more reports of risky swimmers getting into difficulty. Sadly, Krabi has reported a drowning.

Thai Rath reports that a 32 year old Chinese tourist staying in the Railay Beach area drowned after ignoring officials’ warnings not to go into the water. The report says that the tourist had gone to Phranang beach where beach patrollers told him not to enter the water due to the high seas. He said he wouldn’t and was just taking photos. Later he ventured into the waters without a life jacket where he quickly got into difficulty.

Fellow tourists, climbing groups, Park officials and staff from the First Standard Clinic in Ao Nang were all involved recovering Ma Xuxa from the waters at Phrasing Beach. Once he was back on shore CPR was applied in an effort to resuscitate him.

He was subsequently transferred by boat and ambulance to the Krabi Hospital. Medics continued to apply CPR during the journey but the man was pronounced dead upon arrival at hospital.

The Chinese Consulate has been advised of the incident.