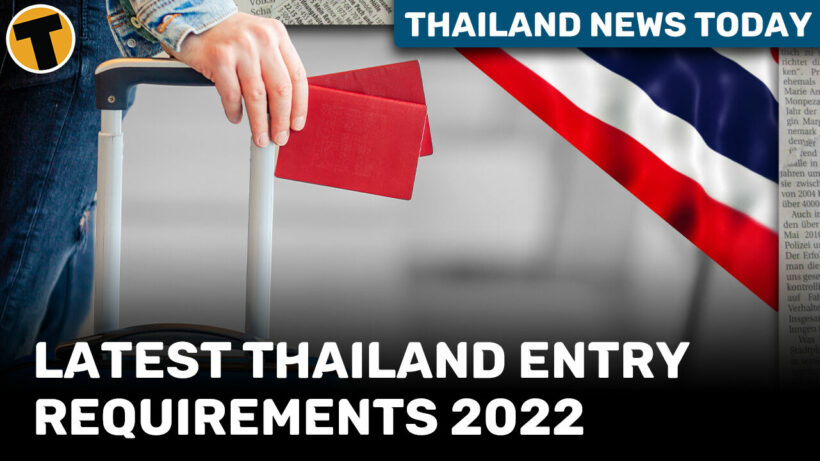 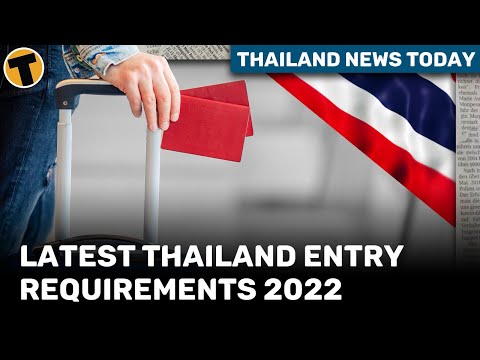 If you’re planning to stay in the kingdom for less than 30 days, and you hold a passport from one of 64 qualifying countries, you don’t need a visa to enter Thailand. Do check with your embassy if you’re from one of those countries.

Tourists are no longer required to apply for the Thailand Pass or buy health insurance prior to entering the kingdom. Health insurance which covers Covid expenses is not required, but is still recommended.

Both vaccinated and unvaccinated travellers are welcome to enter Thailand, but they have different entry requirements.

Unvaccinated or partially vaccinated tourists are required to provide…

As for Covid restrictions in Thailand, face masks are now voluntary in Thailand.  There is no legal mandate in place whatsoever. However, the CCSA recommends wearing masks in indoor spaces, crowded spaces and badly-ventilated spaces. Masks are still required on public transport.

Masks are not required outdoors but the CCSA recommends wearing masks in crowded areas like a busy market.

But as you land, you’ll find that most Thai people are still wearing masks, whether indoors or outdoors.

In terms of nightlife, entertainment venues in Thailand are permitted to open until 2am in most areas and 1am in some areas.

Thailand recently extended the country’s Emergency Decree for the 19th time. Due to the ongoing Covid-19 pandemic, Thailand is still in a “state of emergency” until at least until September 30 2022, according to the CCSA. Under the decree, public gatherings are banned, at least the ones the government does not like.

Speaking of what the government dislikes, students of Thammasat University will hold a protest on August 10 at the university’s Rangsit campus, just north of Bangkok, despite the Thai government’s ban on public gatherings.

On Tuesday, pro-democracy activists Worawan Sae-ang and six other protestors were sentenced to one year in jail with three-year parole, a 20,000 baht fine and 24 hours of community service for holding a protest on August 11, 2021, on the basis that the protest “could have spread Covid-19.”

Yesterday, the United Front of Thammasat and Demonstration made the following announcement on Facebook…

“Thammasat University Student Council would like to announce a mob.

Get ready for a mob on August 10 at Phayanak Square at Thammasat University.

Returning Thammasat to the people. Returning democracy to society.

Wake up free people. Do not tolerate it.

No matter the weapons, they cannot beat the power of the people.”

The final line of the post refers to a poetic quote by ยุทธพงศ์ ภูริสัมบรรณ used in the 1973 Thai popular uprising, an impactful protest which resulted in the end of military dictatorship of ruler Thanom Kittikachorn and sparked changes in the Thai political system.

Two Thai female political activists were released on bail yesterday after a 64-day hunger strike. They had been jailed under the Section 112 charge of defamation of the Thai royal family.

The political activists, Nattanich, and Netiporn were imprisoned in May under the lèse majesté laws. The court had refused bail many times during their imprisonment and the two girls went on hunger strike as a protest.

They continued the hunger strike despite their deteriorating health and alleged threats by a prison doctor saying he could kill them due to their political beliefs.

The Resistant Citizen group held an online campaign on Change.org to gather names in support for them. Representatives went to the Supreme Court in Bangkok to hand over the petition signed by 13,839 people.

Yesterday, the court approved bail for the two activists with a deposit of 200,000 baht. They were released under several conditions. One, of course, was to refrain from defaming the Thai royal family. Other conditions included the refrain from obstructing the court hearing, remaining in their respective accommodations between 7pm to 6am, and reporting to the court every 30 days.

The two activists were transferred out of the Central Women Correctional Institution in Bangkok by a van at 8.15pm yesterday. The exhausted pair greeted supporters and friends at the prison entrance through the van window.

PM Prayut has ordered the relevant agencies to work with the pub owner to provide assistance to the injured and the families of the deceased, while a team has been assigned to investigate the true cause of the fire.

The premiere said operators of entertainment venues should regularly conduct safety inspections to ensure the structure of the building is sound. Exit routes should be well signposted and spacious to ensure people can make a swift exit in the event of a fire.

At Mountain B pub, over 50 people were inside the venue when a fire swept through, engulfing the whole building within five minutes. The nightclub only had one small door at the front meaning many lost their lives because they couldn’t exit in time.

The Thai Prime Minister was questioned about the kingdom’s cost of living crisis during the visit. The 68 year old acknowledged the problem, added that the government was doing its best to improve the situation, and urged the public to be patient.

General Prayut responded to the press during a groundwater initiation project in Kanchanaburi province. He said, “I don’t want to make any excuses, but we have to consider where the problem comes from. Fuel is controlled by global prices. All the government can do now is seek funds to subsidise fuel costs at 40-45 baht per litre.

“Previously, we tried to maintain the cap [on the diesel price] at 35 baht a litre for as long as we could. The current situation is not normal as the [Russia-Ukraine] war continues. It affects production costs, leading to high food prices.”

General Prayut said understood the Thai people’s concerns and empathised with them, adding the government is caught between a rock and a hard place surrounding manufacturers and consumers.

“If we put too much pressure on them, manufacturers will be forced to close their plants. We rely on each other. We only need to ensure fair prices. To be honest, I am not trying to please businesses. There is a regulatory committee to ensure fairness.

“If we pressure them too much, workers will be affected. I am not blaming anyone, but we have to see ourselves as a family and find ways to look after each other.”