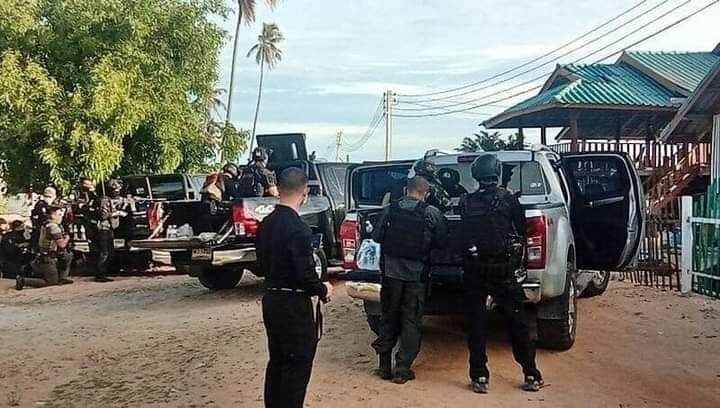 Security forces captured the fourth insurgent after three others tried to escape from their hiding spot in Chana, a district of Songkla. The insurgent hid in a house, even though local religious and community leaders begged him to surrender. After a pause, there were gunshots again in the evening. Security forces then moved in. The insurgent had an M16 rifle, and an AK47 assault rifle, which security seized.

In Southern Thailand, over 7,000 people have been killed since 2004. Islamist militant groups, most notably the Barisan Revolusi Nasional (BRN), want to separate several provinces in Southern Thailand from the rest of the country into an autonomous region called Patani Darussalam. The group wants an Islamic education system taught in the Malay language. Patani Malay people in Southern Thailand are mostly Muslims, even though most Thais are Buddhists. The conflict has been happening since 1909, When Patani formally became part of Thailand. The BRN and Thai government held peace talks in January, but they still disagree on many key issues. The Thai government doesn’t agree that the Southern provinces should have autonomy.

The Thai government has expressed frustration, claiming the Patani Malay are the country’s only minority that has resisted assimilation. There are now frequent reports in the region of insurgent-related violence, such as roadside bombings and attacks at police stations.

NFTs explained – What is it and how does it work