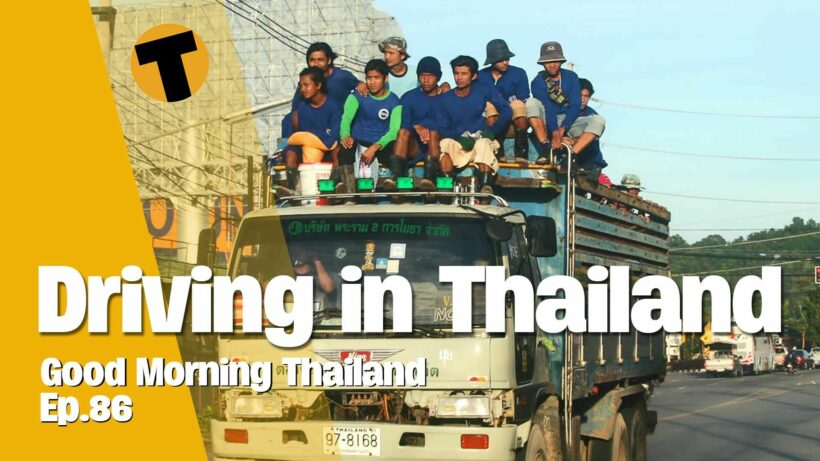 In today’s episode Jay, Mike and Arina look at Provinces added to OCT 1 Re-opening, Driving in Thailand, Vaccine Cocktail and F1 motor racing. Aswell as news headlines in Thailand such as: Just days after defeating a vote of no-confidence, Prime Minister Prayut Chan-o-cha has ousted Deputy Minister of Agriculture as well as Deputy Minister of Labour. The Ministry of Public Health is planning to launch a digital health pass platform to be used during air travel. In Phuket, 15 people were arrested on illegal gambling charges after police raided an alleged gambling den around midnight yesterday.

Benroon
5 hours ago, AdamX said: If anyone thinks that there will ever be an end to the 'need' for jabs, I have a bridge in Brooklyn id like to sell them. This is playing out exactly as the conspiracy researchers…

Soidog
8 hours ago, Khunwilko said: Every now and then I've seen foreigners standing at the side of the road arguing their case - which is quite a pointless occupation and will usually end in tears. I just pretend I don’t…

TheDirtyDurian
6 hours ago, Khunwilko said: Personal experience is only a small part of the argent. but - I have driven extensively all over Thailand (and Laos) starting in 1994 but mostly whilst living here from 2003. I was also a…
Khunwilko
1 minute ago, Soidog said: I just pretend I don’t speak English. Hit them with a bit of German or Dutch and they realise they are wasting their time also. I’ve been stopped many times simply for being in the…

Andrew Reeve
Several posts now removed as they were off topic and were personal attacks on other members Please stop immediately Rule 6: Don’t personally insult or harass other participants – ‘flaming’ in forum jargon. Always focus on the logic of the argument…