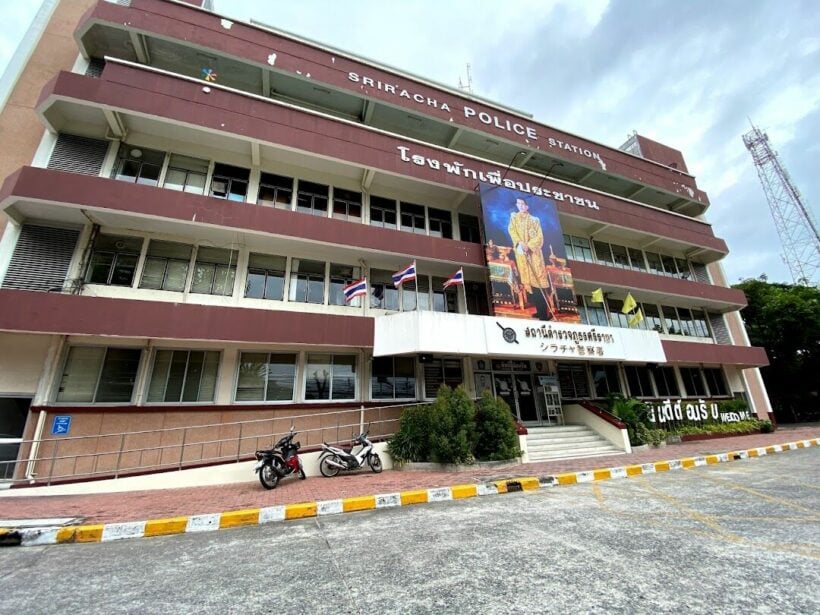 Man in Chon Buri allegedly stabbed his ex-wife’s new boyfriend after an argument. The ex-wife, Sukanya, reportedly told police her ex-husband “broke up with” her about a month ago, though it’s not clear if he officially filed for divorce. Sukanya said her ex and their son came to her house to get some of his clothes and belongings he left. Her new boyfriend was at the house when they came.

According to police, Sukanya says the two men immediately began to argue, leading to a physical fight. Her ex, Eakkachai, allegedlt stabbed and slashed her boyfriend with a knife. Both men were injured in the fight. Sukanya’s boyfriend Khemmarat heavily bled, and emergency responders rushed him to a hospital. A different hospital later told police that Eakkachai had driven himself there, and he had head and arm injuries. But Eakkachai wasn’t nearly as injured as Khemmarat.

Sukanya says that though they were already fighting, Eakkachai was the first to use a knife, according to The Pattaya News.

“My ex-husband (Eakkachai) was the first person to attack with a knife, slashing and stabbing my current significant other (Khemmarat) before speeding away.”

Sri Racha police went to the hospital where Eakkachai was treated, and put him in custody for further legal action. The police are further investigating the fight. Sukanya and Eakkachai have a seven year old son who was there during the fight.

Lyp14 [ctxa]
2 hours ago, SkipsPa said: Same in UK. A person I knew locally came home and found his wife in bed with another man who dressed hastily and left. He then strangled his wife. Apart from about a year awaiting…

Guest1
1 hour ago, Lyp14 [ctxa] said: That’s weird, I don’t believe the UK has such laws like the Philippines. Any homicide which happens “in the heat of passion” anywhere in the world will carry a lesser sentence that premeditated…
Jason
I feel saddest for the child who had to witness this brawl. I hope the child gets some qualified counselling. I imagine the child would be traumatised by this fight. I'd hate to think the child will grow up thinking…
Lawyers_Guns_and_Money
21 hours ago, Thaiger said: The end of a relationship can be messy. One certainly was messy in Chon Buri province when, on Thursday night, an ex-husband stabbed his ex-wife’s new boyfriend after an argument. The ex-wife, Sukanya, told police… SkipsPa
14 hours ago, Lyp14 [ctxa] said: That’s weird, I don’t believe the UK has such laws like the Philippines. Any homicide which happens “in the heat of passion” anywhere in the world will carry a lesser sentence that premeditated…