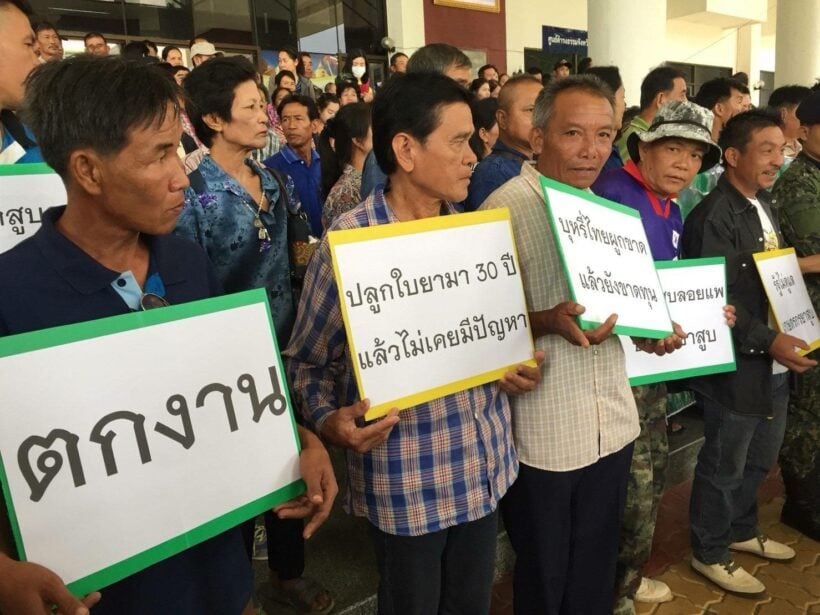 Chiang Mai City Life is reporting that tobacco farmers have filed a petition after the Thai Tobacco Authority announced it will cease all purchasing for three years.

On June 28 over 300 tobacco farmers and entrepreneurs rallied at the Chiang Mai City Hall to file a petition to the Ministry of Finance regarding an announcement by the Government that the Tobacco Authority of Thailand will not purchase any tobacco from farmers for the next three years.

Tobacco farmers claim that sales of tobacco products have dropped after a tax hike in September 2017. This has left the government with stockpiles of tobacco they wish to use up before purchasing more.

Arun Polita, one of the tobacco farmers, explained that each year Chiang Mai farmers and tobacco factories would receive a purchasing quota of about 600 tonnes, 300 tonnes from farmers and 300 from fermentation factories.

The petition was received by the deputy governor of Chiang Mai.

Read more about this story HERE.