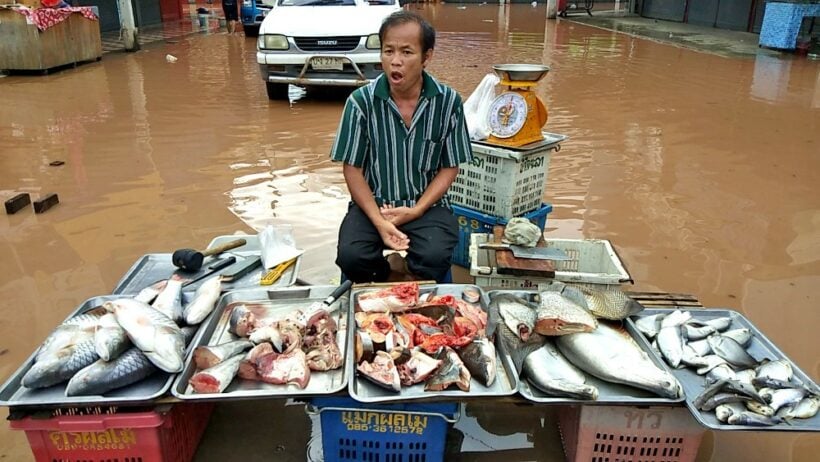 Tropical storm Bebinca has now moved westwards into Myanmar as it continues to weaken but it’s left a trail of floods behind as home and farmland across the the north and north-east as rivers and canals swelled with the heavy rains. Around Petchaburi the situation is still perilous for residents in the wake of the Kaeng Krachan Dam.

Chiang Rai Governor Prajon Prajsakul dispatched officials to help people evacuate their homes and to distribute drinking water and food. Prajon said 76 villages in 23 sub-districts of six districts had seen flooding in recent days, but he expected most to return to normal soon if the rain stopped.

In Muang Nan, home to Tangjit Nusorn Market, flooding was not as severe. Nan Governor Paisal Wimonrat and disaster-prevention chief Narong Inso inspected the Ban Don Kaew sluice gate to supervise repairs to broken panels. With pumps installed around affected areas, officials were optimistic that the situation would improve – again, if the heavy rain lets up. 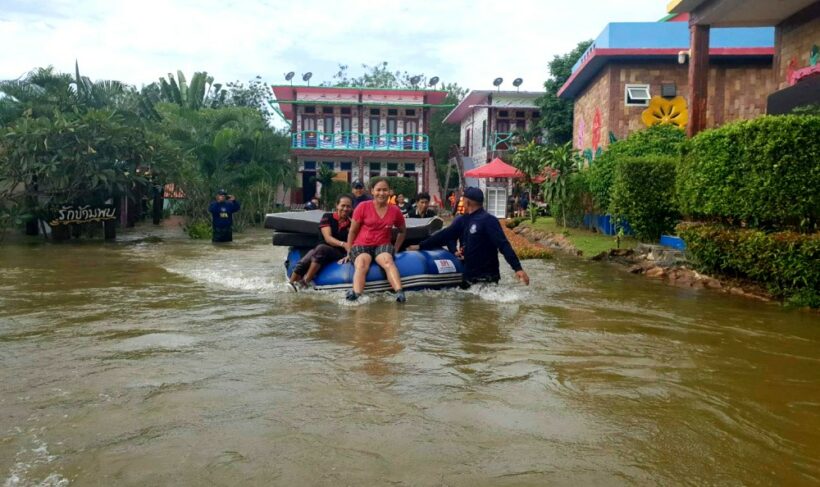 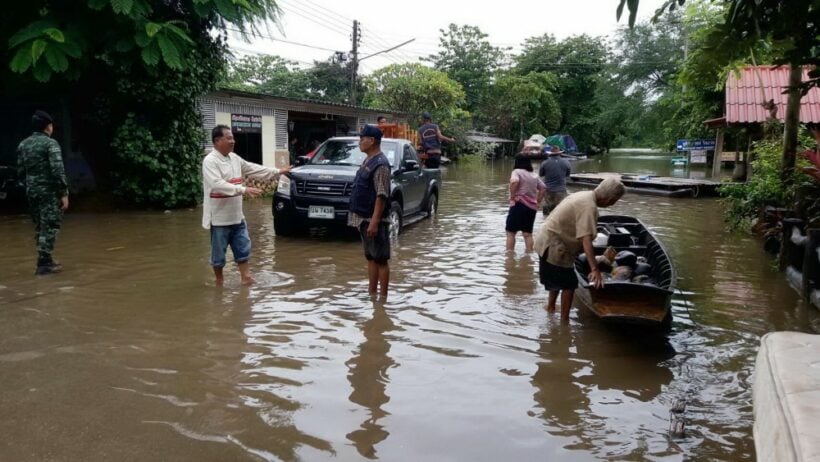 In Chiang Khan and Pak Chom districts in Loei, the Mekong River had risen to within one metre of breaching its banks as of 7am yesterday. Residents living along the river and connected canals were bracing for floods and prepared to evacuate if necessary, Chiang Khan district chief Chatchapong Art-kaew said. Downstream in Nong Khai, the Mekong reached its highest level of the year yesterday – 11.91 metres – with overflow spilling into to low-lying homes and farmland in Tha Bo district on the southern bank.

Sluice gates were closed and pumps installed in Muang Nong Khai and 3,000 sandbags were prepared.

In Phetchaburi, the Kaeng Krachan Dam was holding nearly 767 million cubic metres of water as of 6am yesterday, representing 108 per cent of its capacity. The sluice gates remained close to minimise impacts on nearby communities, but water was being released via spillways and 20 siphon pipes were installed to help drain it.

As the water was flowing at the rate of 247 cubic metres per second, from the Kaeng Krajan Dam to the downstream Phetch Dam, lowlying downstream areas located between these two dams were flooded. The Tha Yang, Ban Lat, Muang and Ban Laem districts which were downstream from the Phetch Damj were not yet flooded as of press time but Phetch River running through them were rising and inundating some riverside lowlaying areas.

Dozens of specially designed boats to push water were anchored in the river at Ban Laem with their engines trying to hasten the current towards the Gulf.In Kanchanaburi’s Sai Yok district, people living along the Kwai Noi River in Tha Nam Pak Saeng felt the double impact of flooding from the rain-swollen river and fromVajiralongkorn Dam, which was releasing water at a rate of 43 million cubic metres per day.

With that amount to be boosted to 53 million cubic metres from August 23-27, residents were told to move belongings to higher grounds.Residents along both sides of the Moei River in Tak’s Mae Sot district, meanwhile, were warned of possible flash floods. The river had risen close to the ”red alert” level near the First Thai-Myanmar Friendship Bridge in Tambon Tha Sai Luad, disaster-prevention chief Kittisak Boonchan said. 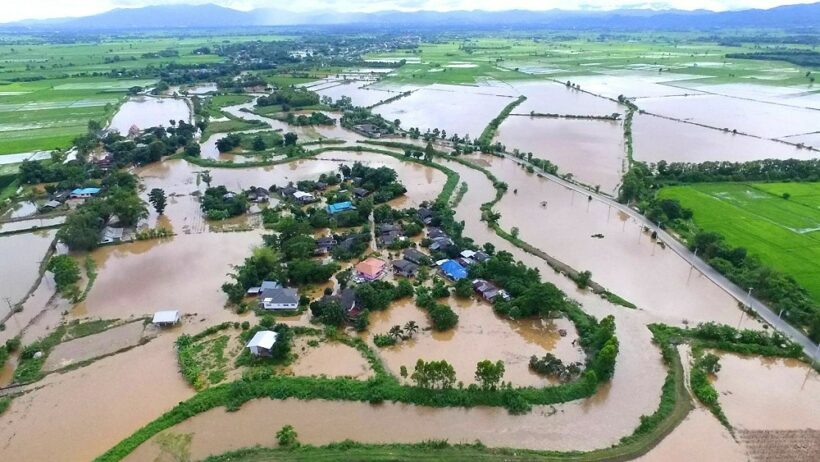 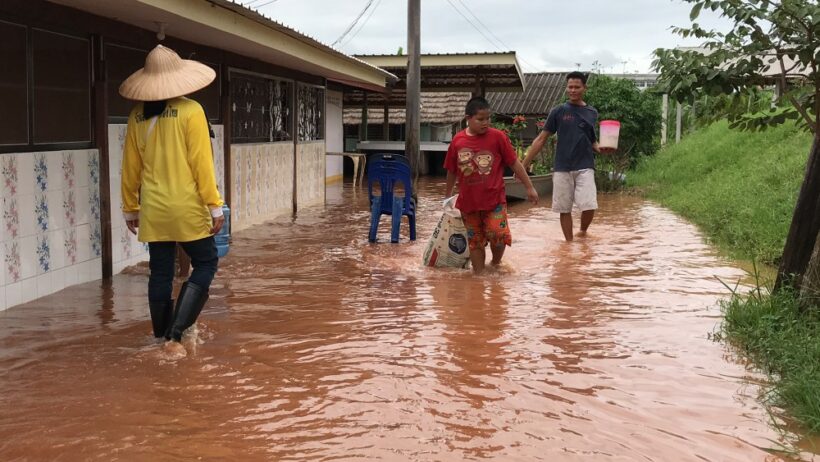