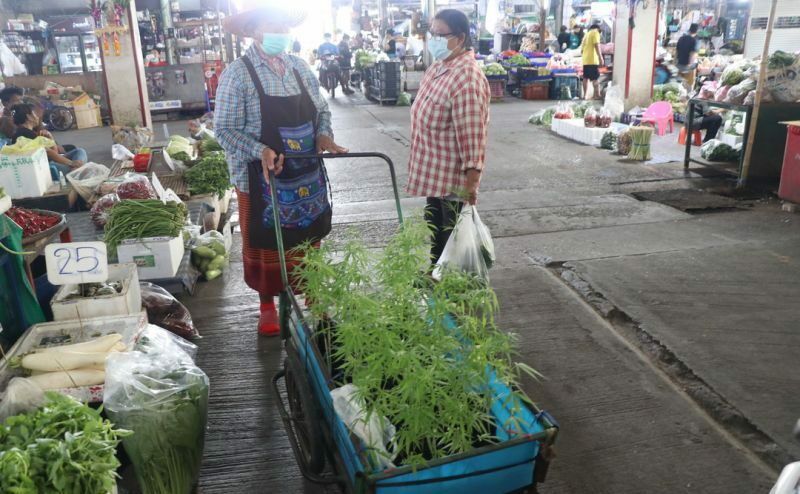 One vendor in central Thailand is pretty happy about Thailand’s new cannabis laws. The vendor, 53 year old Khamphai, is bringing good vibes to local stoners in Ang Thong province, and over 1,000 baht a day to herself.

Despite the announcement to decriminalise aspects of cannabis and marijuana use, specific laws and guidelines are yet to be presented to the Thai parliament and is becoming highly politicised. Many of Thailand’s opposition – mostly progressive – parties are in opposition to the sudden change to Thailand’s long-term categorisation of cannabis as an illicit drug.

Every day, Khampai rolls up to the Suwaphan Agricultural Market with her cart full of small cannabis plants. The market is in Ang Thong’s main city district, crowded with eager buyers. In the past 3 days, she has been able to sell 100-200 plants for 150-180 baht each, raking in a net profit of over a thousand baht each day.

Khamphai buys the Cannabis plants from Thailand’s northeast province of Buriram, bringing them back down to Ang Thong to earn those bucks. Khamphai and her vendor have reportedly caused quite a stir at the market since this is the first time many market-goers have seen someone openly selling the ‘happy plant’. But apparently, enough customers have grown fond of Khamphai’s business, because now she’s rolling in the dough.

While 1,000 baht a day may not seem like a lot to some people, it’s worth remembering that Thailand has a measly minimum daily wage of 650 baht. Before the wage went up earlier this month, it was 313 – 336 baht per day, depending on the province. Talk about scraping by. So for sellers like Khamphai, earning over 1,000 baht a day is living the good life, at least compared to some people’s situations. 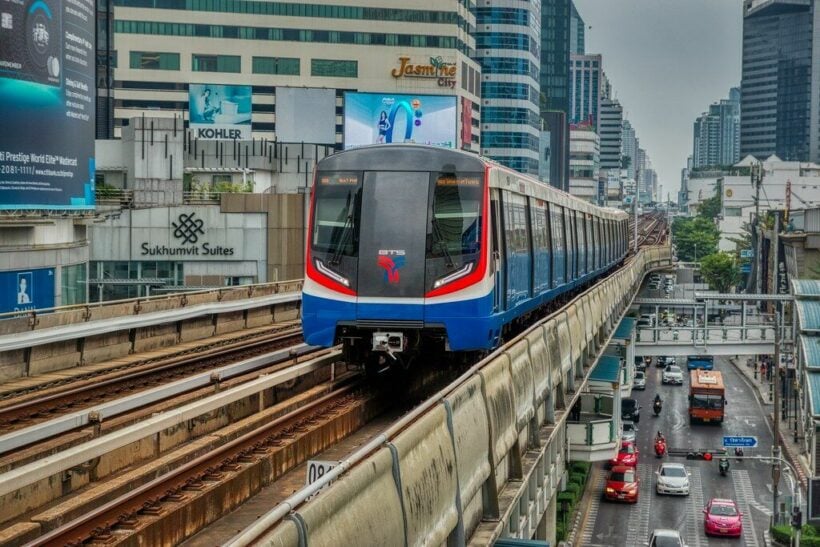 PapayaBokBok
650 daily min wage?  I get by on less than 500 a day---as i dont work--tourist visa id happily take 650 to just have stg to do and keep busy
Loong
Thailand's minimum daily wage is nowhere near 650 Baht! Some trades may be 650 Baht minimum, but the majority of workers are still on around 330 Baht. Quote In the past 3 days, she has been able to sell 100-200…

Thailand plans to negotiate with Saudi Arabia over fertiliser