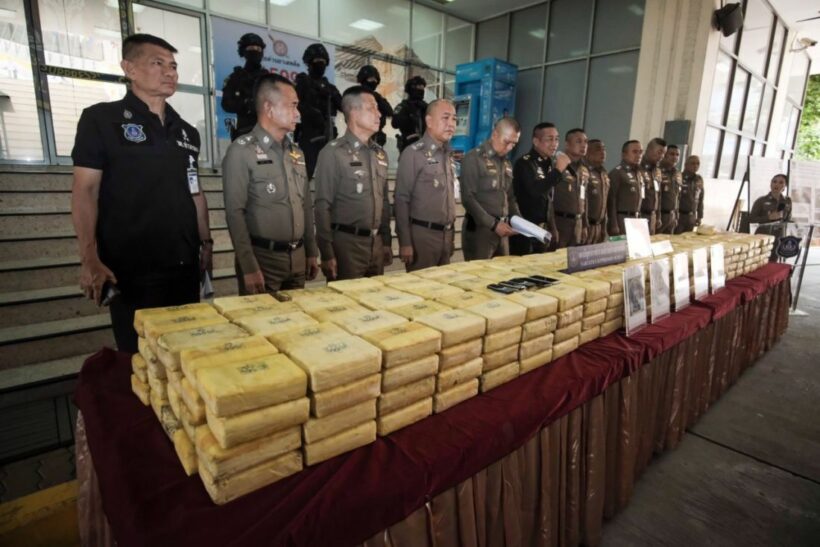 Two Kanchanaburi men have been arrested for allegedly trying to smuggle 4,459,000 methamphetamine pills from the North to central regions.

The NSB chief said they had been tipped off that there would be an attempt to smuggle a huge amount of drugs from the North to a central province using the Chiang Rai, Lampang and Sing Buri route.

On Sunday, the bureau coordinated with the Nakhon Sawan police to chase after a suspected pick-up truck until it dropped the drugs into a roadside ditch in Moo 1 village in Tambon None Salaa in Krok Phra district and fled. Police on Sunday evening then arrested the two suspects at their house in Tambon Wang Yen in Kanchanaburi’s Muang district.

American Alzheimer’s patient, living in Thailand, heads to The Philippines