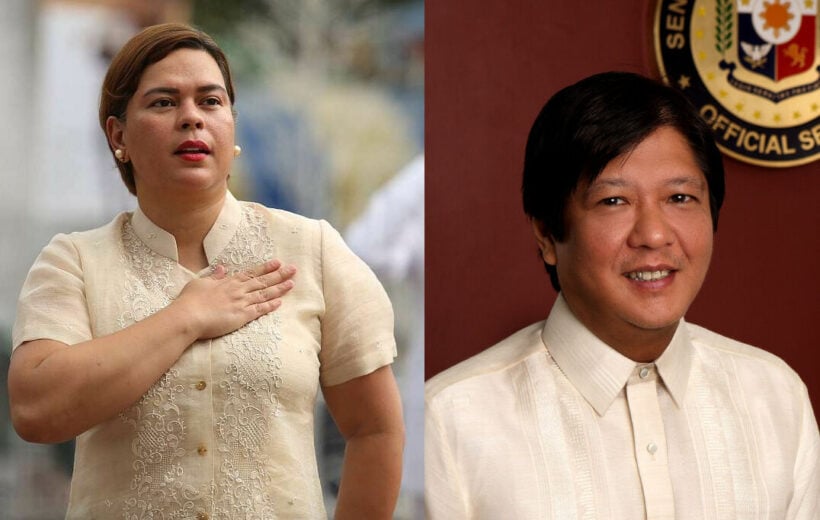 PHOTO: The children of Philippines leaders Duterte and Marcos join forces for the upcoming election. (via Wikimedia)

Two political dynasties in the Philippines seem to have formed an alliance, as President Rodrigo Duterte’s daughter is running for vice president on the same ticket as deposed dictator Ferdinand Marcos’s son Ferdinand Marcos Jr. Rumors of a partnership between the 2 famous (or some consider infamous) political families have been swirling around for weeks and been the subject of great speculation.

In the Philippines, the president and vice presidents are not elected as one single vote for one ticket, but rather both are elected separately. Marcos Jr is not a candidate from the same political party as Duterte’s 43 year old daughter Sara Duterte-Carpio, but Marcos Jr had specifically expressed interest in having her as his running mate and hopefully vice president.

Next year is an election year in the Philippines and candidates are in full campaigning mode, and news of the possible alliance intensifies the race for the presidency and vice president with the children of powerful political families on each ticket and working together.

While Marcos Jr hadn’t responded to the press immediately following the reveal, Dueterte-Carpio’s spokesperson confirmed to Reuters her partnership with the 64 year old son of the Philippines dictator that was overthrown in an upheaval in 1986.

“My party allied with and asked for support for Bongbong Marcos and for me after I accepted your challenge and your call.”

Duterte-Carpio was actually the leading candidate for president of the Philippines in many opinion polls for most of 2021 until many were shocked by her announcement that she would not seek the presidency, a bid that would square her off directly against Marcos Jr.

Now, a cross-party ticket bearing the last names of Marcos and Dutere, 2 of the most recognised and influential names in Philippines politics, will likely be a nearly insurmountable ticket, with each family holding sway and power in different regions of the country. The Marcos name carries significant clout in the north of the country while the Duterte family has been active and popular in the south.