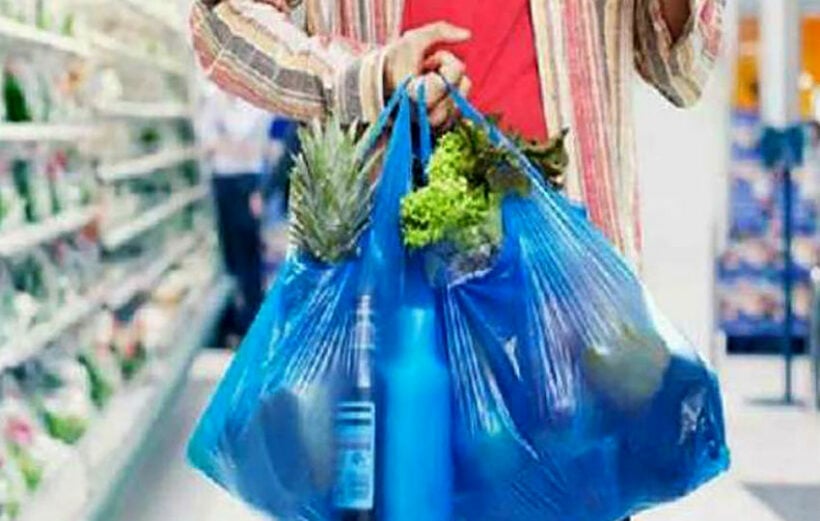 As a widespread ban on single-use plastic bags looms, the high cost of producing a viable, environmentally-friendly alternative is proving a challenge. Forty three shopping malls and convenience stores across the country will stop providing single-use bags from January 1, as part of the Government’s commitment to phase the bags out entirely. There’s still a lot more plastic to get rid of but the single use plastic bag ban across such a large group of retailers will make a big impact.

However, Thai PBS World reports that the cost of making degradable non-plastic bags is currently two to three times higher than producing conventional single-use plastic bags. It’s understood the Ministry of Higher Education, Science, Research and Innovations is working with the private sector to come up with a viable alternative that adheres to the concept of zero-waste.

The National Science and Technology Development Agency have produced a degradable bag made from tapioca flour, which contains no plastic but is strong and elastic. Crucially, it dissolves in water or in the ground within three or four months.

The managing director of the first company to make a bag from tapioca flour, Khem Wanglee, says the cost of production is very high and this is a hurdle that’s currently preventing full-scale production. He suggests producers and private businesses who use the bags be given tax breaks as an incentive.

For their part, the producers of traditional single-use plastic bags have expressed support for the alternatives but are also concerned about costs and the impact on their business. They say they need more time to work out how to deal with stockpiles of plastic once the ban is in place and decide what they will do with redundant machinery.

The Thai Plastic Industry Association is calling on the Government to help by purchasing leftover stock and providing compensation for employees who will lose their jobs if factories shut down.

Thanathorn invites supporters to a rally in Bangkok at 5pm