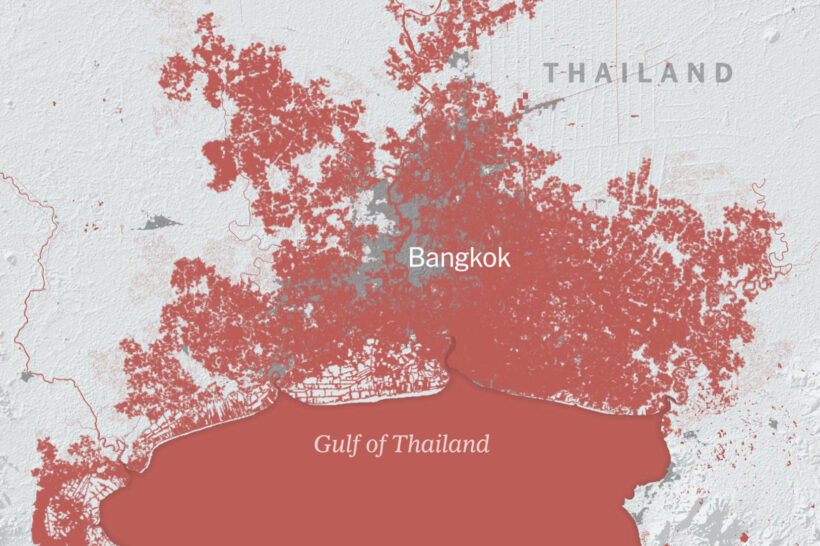 • More than 20 million people in southern Vietnam, nearly a quarter of the total population, currently live on land that will be underwater by 2050.

• In Thailand, more than 10% of the population live on land that will be inundated in 30 years. Bangkok is already suffering inundations, complicated by the city sinking its its soft underpinnings.

• In Shanghai, China’s economic engine, water will inundate the centre of the city area as well as many cities around it.

• Even Alexandria in Egypt, one of the great centres of civilisation founded by Alexander the Great, and now with a population over 5 million, could be lost to rising sea levels.

A comprehensive new study shows that rising seas could affect three times more people by 2050 than previous studies indicated, threatening some of the world’s great coastal metropolises. The research has been researched and published by Climate Central, a science organisation based in New Jersey, USA, and published in the journal Nature Communications. (The projections don’t account for future population growth or land lost to coastal erosion).

The authors of a paper published last week developed a more accurate way of calculating land elevation based on satellite readings, a standard way of estimating the effects of sea level rise over large areas, finding the previous numbers were far too optimistic. The newly published research shows that some 150 million people are now living on land that will be below the high-tide line by the middle of this century, only 30 years away. 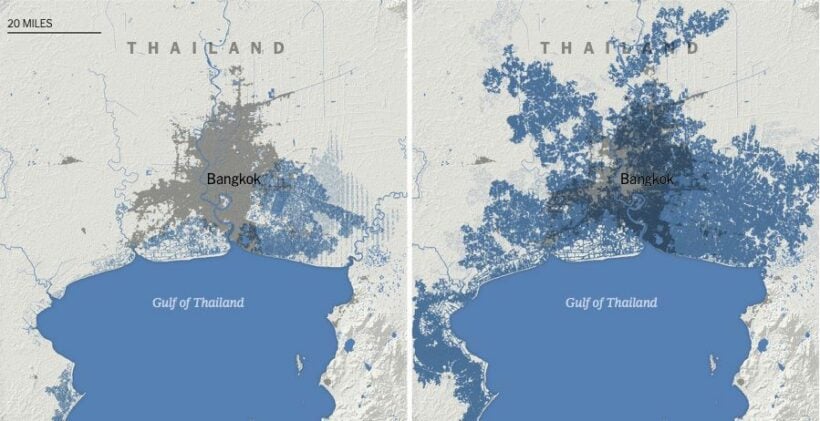 GRAPHIC: Earlier projects vs current projections for Bangkok’s inundation by 2050 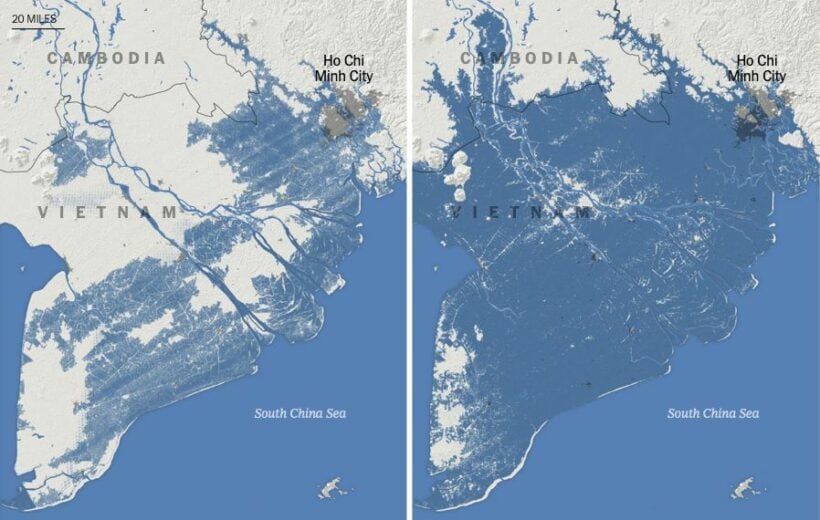 The new outlook, the maps on the right, show the predictions for these locations at high tide in 2050.

For southern Vietnam, much of Ho Chi Minh City, the nation’s economic centre, will all but vanish according to the research

Scott A. Kulp, a researcher at Climate Central and one of the research paper’s authors, together with Benjamin Strauss, Climate Central’s CEO, used artificial intelligence to determine the error rate and correct for it in the new research.

“Even as global warming floods more places, it will also push poor farmers off the land to seek work in cities. It is a dire formula.”

Benjamin Strauss says that the findings don’t have to spell the end of those areas shown to be underwater by 2050.

“The new data shows that 110 million people already live in places that are below the high tide line (because of) protective measures like seawalls and other barriers. Cities must invest vastly greater sums in such defences… and they must do it quickly.”

Read the full story about the new research paper HERE.