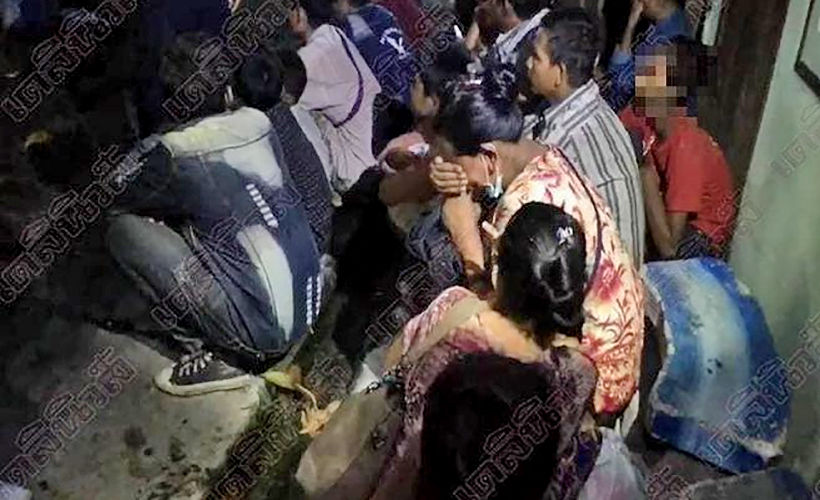 Songkhla Police, in Thailand’s deep south, have rescued 20 scared and hungry Burmese, victims of traffickers who’d locked them inside a warehouse on the Thai-Malaysian border. Residents say they heard the sound of children crying for several days in the usually deserted warehouse in the Sadao district.

“We found the building heavily locked from outside and could we hear women and children crying inside,” he said.

The locks were soon broken open, revealing the migrants sitting in the dark without windows or electricity. There were five children, the youngest around two years old, nine men and six women.

“All of them were glad to see us.”

They told their rescuers they’d been locked up for five days without food, surviving only on rainwater trickling in. Suchart says it appears they were smuggled in from Myanmar and were destined for Malaysia. He vowed to catch the traffickers.