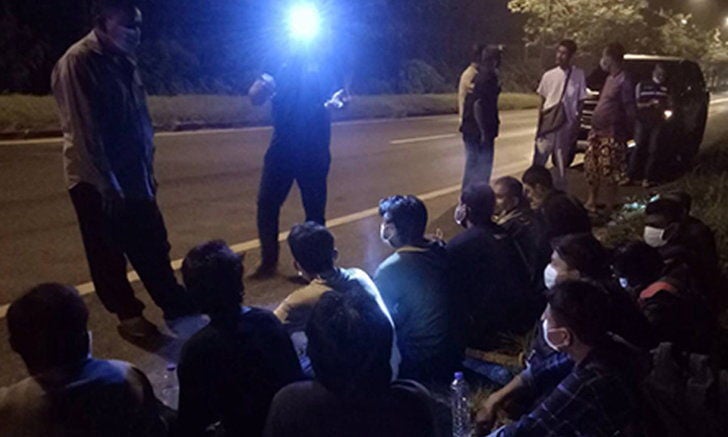 Even though borders have tight restrictions due to the coronavirus pandemic, people have crossed the Malaysia border and entered Thailand illegally through what Thai media reports as “natural passageways.” Police arrested 16 Burmese workers who entered the country illegally including 2 pregnant women. They were found hiding at a Chinese Cemetery in the Southern province Songkhla.

Thai media says many of the workers living in Malaysia have lost their jobs due to the coronavirus pandemic. The 16 Burmese workers told police that they lost their jobs and had been unemployed for about 3 months. In Malaysia, some had worked in restaurants, others at factories, and some sold vegetables.

The Burmese workers say a Malaysian agent helped them cross the border. Each person paid 15,000 baht. They were set to head back home to Myanmar and were told to wait at the cemetery for a Thai agent to pick them up.

Officials from the Ministry of Public Health say they will test the 16 Burmese workers for the coronavirus and place them in a 14-day quarantine.

Phayao gunmen kills 3, then himself