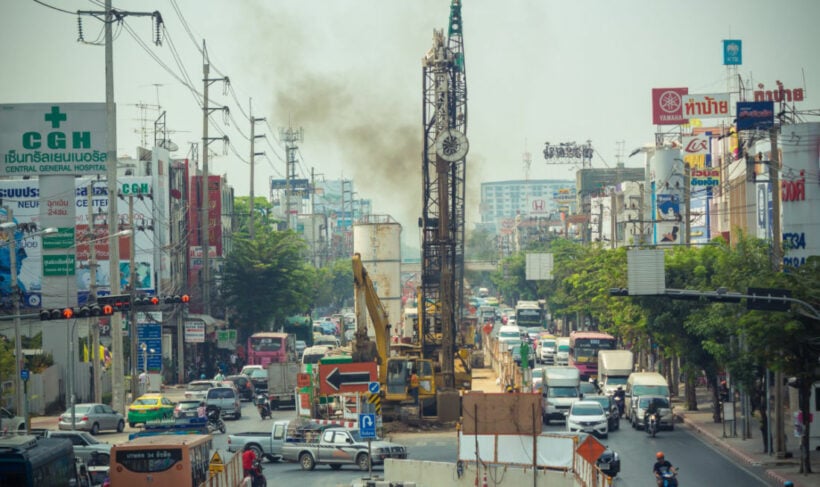 In his weekly televised show yesterday, PM Prayut Chan-o-cha said his government has always been concerned about air pollution, especially PM2.5 or microscopic dust particles, which he put down to smog from other countries, traffic jams, burning of farming waste, factory emission and dust from construction sites.

“PM2.5 is dangerous, especially for children, babies, pregnant women and elders, whose immunity is too fragile to tackle the microscopic dust.”

“People should be particularly careful during December as there are no winds or rain to blow away the dust.”

He also urged people not to panic, saying it is necessary to understand all the issues first. He explained that the Cabinet approved a proposal last week to tackle the pollution crisis at four levels.

“We have explained them to all provinces and have asked for coordinated cooperation”.

The premier had previously warned that the authorities would arrest polluting car owners. Meanwhile, an academic was pessimistic about the effectiveness of the measures implemented by the government.

Sumet Ongkittikul, research director at Thailand Development Research Institute told The Nation… “Removing polluting cars from Bangkok streets will not help much as long as diesel-powered vehicles continue plying the streets of the capital.”

Instead, he said, the government should follow China’s way of tackling air pollution in Beijing, where it promoted the use of electric motorbikes and cut down on the number of cars. Keep in contact with The Thaiger by following our Facebook page.
Never miss out on future posts by following The Thaiger.
News Categories:Air PollutionBangkok
Related Topics:
Up Next