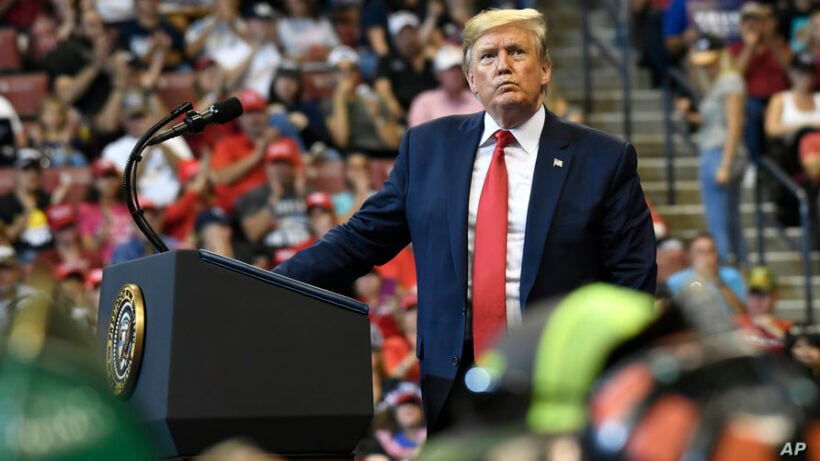 Despite fears in some corners that he would attempt to veto it, President Trump has signed into law a US bill in support of pro-democracy activists in Hong Kong. It’s a move that is unlikely to assist in the current negotiations as the trade war between China and the US continues.

AFP reports that Trump had seemed hesitant about signing the bill, anxious to secure at least a partial trade deal with China prior to his campaign for re-election. However, with Congress showing near unanimous support for the bill, added to a landslide victory for pro-democracy candidates in Hong Kong local elections on Sunday, he was left with little choice but to sign it.

But he made clear his “respect” for Chinese President Xi Jinping and his hopes that both sides would find a way to settle their differences.

The Hong Kong Human Rights and Democracy Act received overwhelming support from both US Republicans and Democrats. It mandates that the US president must review the territory’s favourable trading status annually and that any threats to Hong Kong citizens’ freedoms could lead to that status being revoked.

It’s unlikely Beijing will be pleased with what they will see as more outsider meddling, with China’s foreign minister Wang Yi already describing the bill as “naked interference in China’s internal affairs.”

AFP reports that earlier this week, the US ambassador to China was summoned to the foreign ministry in Beijing and warned that the US would “bear all the consequences” if the bill was passed.

Trump, anxious to keep pushing ahead in trade deal talks, was quick to play up his close ties with Chinese President Xi and the importance of the trade talks.

“We’re in the final throes of a very important deal, I guess you could say one of the most important deals in trade ever. It’s going very well but at the same time we want to see it go well in Hong Kong. I think it will.”