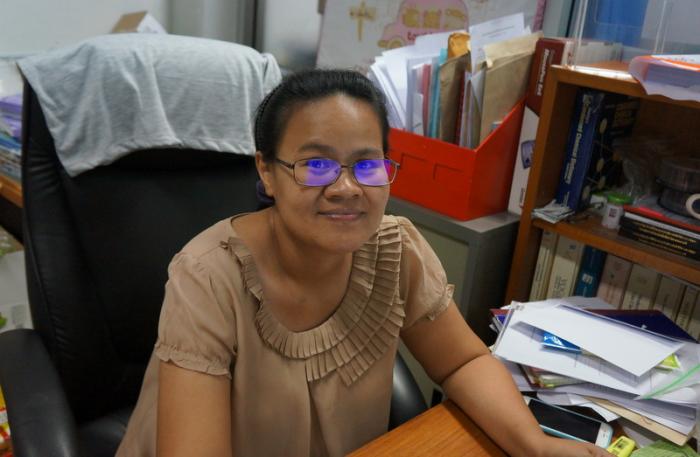 PHUKET: Asst Prof Dr Aree Choo-dum, 36, originally from Phatthalung, is currently a professor at Prince of Songkla University (PSU) Phuket Campus and also part of a team of researchers who invented cheap effective explosive test kits, for which they were awarded silver medals at the International Exhibition of Inventions Geneva 2016.

Dr Aree is an expert in forensic chemistry and one of the few professors in Thailand who has studied the subject in depth.

“Some people study science just for the sake of studying it. However, the important thing is to know how to adapt it in order to make our lives easier,” Dr Aree said.

“Science should not be complicated and understood by scientists only. Everybody should have access to it and get the chance to use it to improve their lives. Most importantly, it should be easily accessible, cheap and simple.”

Dr Aree’s latest research was used to develop low cost explosive testing kits which can be used to test explosive substances before and after a bomb incident.

“The test kits comprise a polymer in a small tube. We can take it to the scene, conduct the test, and know the results immediately,” Dr Aree said.

The testing kit only costs about 30 to 80 satang per tube, as opposed to other tests which cost up to 78 baht per test. It can also be reused up to nine times, which effectively brings the cost down to 10 satang per test, Dr Aree explained.

Dr Aree has several other inventions to her name. She has invented affordable testing kits for everyday use, such as drug testing kits, kits to test for the presence of formalin in food, test kits for mercury and many others to test for dangerous substances in food.

“We eat everyday, so there should be something cheap to test whether the food we are eating is safe to consume or not,” Dr Aree said.

“The same goes for parents who are worried that their children may be involved with drugs. They can also use my inventions to easily test their kids at home without taking them to the hospital or police station. I think this is something that our society needs nowadays.

“We want science to answer people’s needs rather than just being a subject taught in class.”

Long before achieving success, Dr Aree was an ardent student of chemistry. She received a scholarship from the ‘Development and Promotion for Science and Technology’ talents project to continue her studies from the time she started her bachelor’s degree until she earned her doctorate, all of which she accomplished at the Prince of Songkla University, Hat Yai Campus.

After finishing her doctorate, Dr Aree was appointed as a Forensic Science professor at PSU Hat Yai Campus. She also did a short stint as a researcher at the University of Strathclyde in Glasgow, Scotland.

“Thailand needs to advance further and use science to help our people. This is what I always teach my students and I hope that they will use this logic to continue innovating even further.”