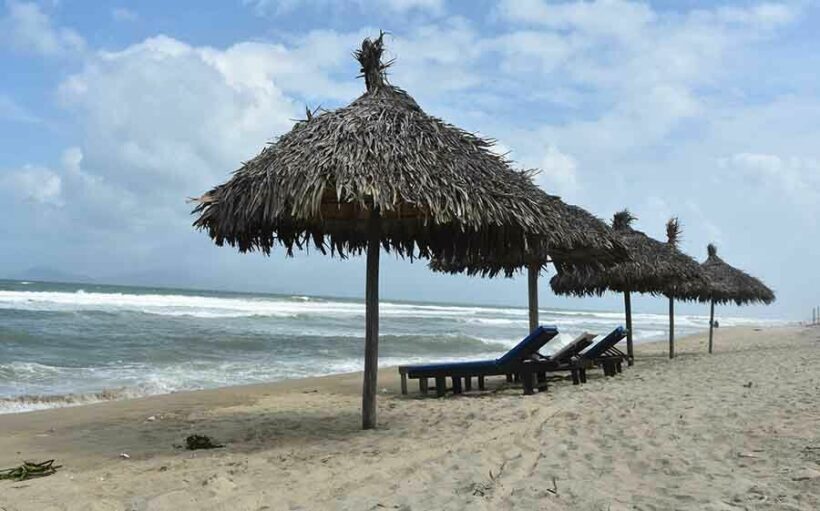 A beach in Hoi An, Vietnam. PHOTO: Flickr/Vannier.j.fr Vannier

Several beaches have been closed in Vietnam as the country battles a resurgence of the Covid-19 virus. Officials in Hai Phong City have closed Do Son and Cat Co beaches following news that 47 new infections had been reported in the country’s capital, Hanoi. In Quang Ninh province, which is 150 kilometres east of the capital, Tuan Chau, Quan Lan, and Ti Top beaches have all been closed until May 23, in an effort to discourage visitors from Hanoi.

In the central province of Quang Nam, health officials have also decided to close beaches in the picturesque World Heritage town of Hoi An. In Da Nang, which has more than 30 kilometres of beaches, the authorities have shut them indefinitely until the source of the recent outbreak is identified and isolated. 5 new infections have been reported in Da Nang and 1 in Hoi An.

The beach towns of Nha Trang and Phu Yen in the central region have erected barriers to limit access to the beaches, but have stopped short of an outright ban. In Quang Binh province, tours to the famous caves in Phong Nha-Ke Bang National Park have also been suspended. The popular tourist attraction is a UNESCO World Heritage site and its Son Doong cave system is believed to be the largest in the world.

Between April 28 and May 10, Vietnam has experienced a rise in Covid-19 infections, with 637 new cases reported after a relatively clear period since mid-March. It’s understood 25 cities and towns are affected, including Hanoi, with 10 government hospitals in lockdown.

On the whole, Vietnam has been praised for its handling of the pandemic, with outbreaks quickly contained, mass testing carried out, and a centralised quarantine programme implemented. Since the start of the pandemic, the country has reported 3,571 infections and 35 deaths.