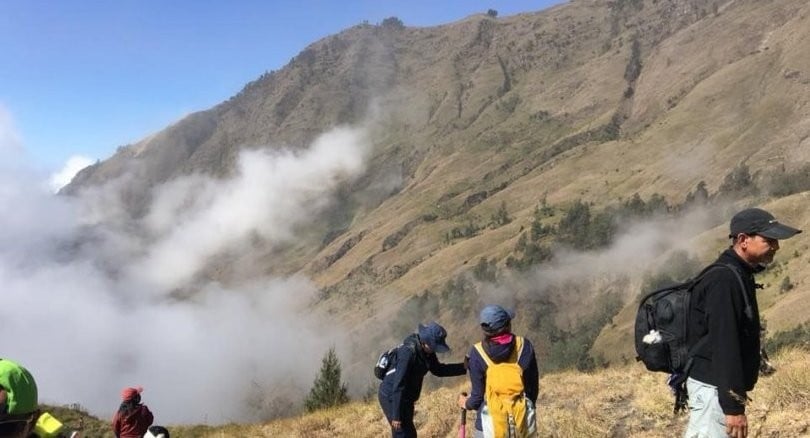 In the wake of this morning’s Lombok earthquake, some 500 Thais and foreigners have been stranded on an active volcano on the Indonesian island. Lombok is situated about 100 kilometres from Bali.

The shallow 6.4 magnitude quake that jolted the island triggered land and rockslides, preventing the tourists from heading back down the mountain. The Thai embassy in Indonesia was alerted to the incident and has already contacted Indonesian authorities to rescue its nationals. The incident came to light after one of the affected Thais, Nupa Wan, posted a Facebook message seeking help.

She posted some photos of the group that was stranded on Rinjani, an active volcano on Lombok. Her photos also showed rocks and mud falling from the mountain following the aftershocks. Nupa Wan wrote that everybody in the group was safe but they could not go down because their paths were blocked by landslides and rocks from the impact of the earthquake.

About 80 per cent of some 500 people stranded were Thais, she wrote. She asked readers of her posts to contact the Thai embassy in Jakarta about the incident. She wrote that the group had enough food until tomorrow morning when they were originally scheduled to go down. She wrote that there were a series of aftershocks following the quake. At least 10 people including a Malaysian were killed when the tremor hit this tourist island. 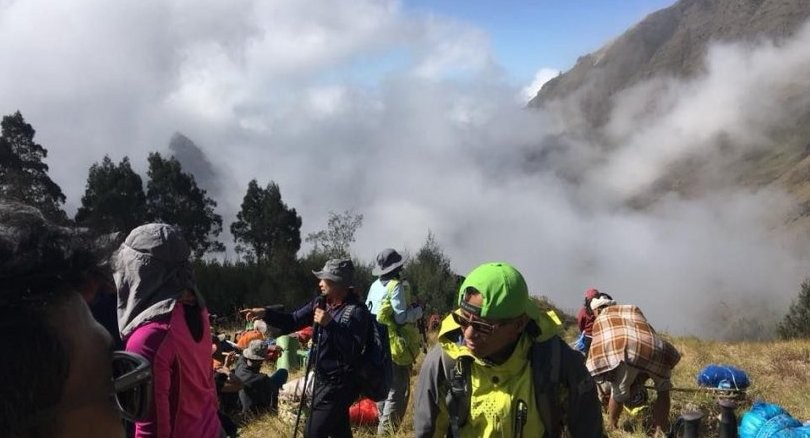