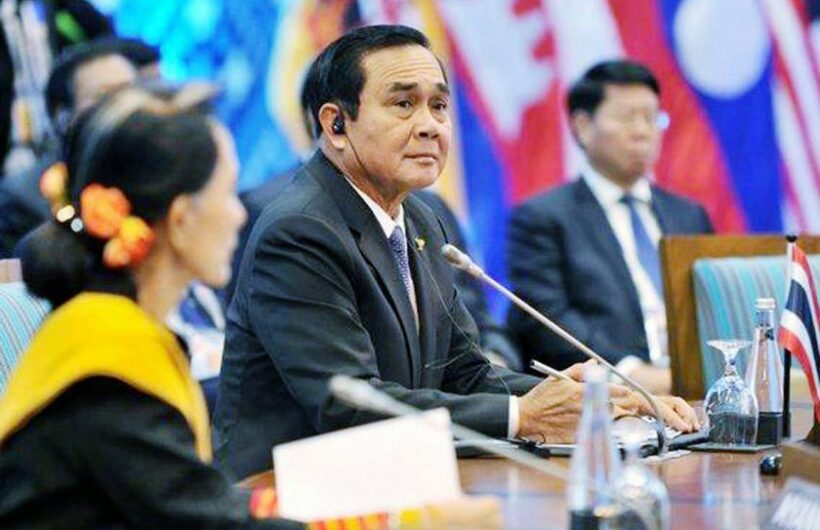 “As Thailand takes over the ASEAN chairmanship next year, it is important for the country to drive ASEAN forward to achieve the utmost benefits for Thais and peoples across the ASEAN region.”

For decades, ASEAN has played an instrumental role in maintaining political stability, fostering economic,trade and investment cooperation, as well as facilitating technology transferand greater mutual understanding among its member nations. It also serves as a cultural melting pot through intra-regional immigration. These have continuously driven forward the ASEAN community, which has a combined population of over 642 million.

Thailand’s assumption of the ASEAN chairmanship in 2019 is critical to its role in the region.

“After 51 years, ASEAN may today be considered middle-aged with some experience, but a lot of work remains before us,” said Dr. Suriya Chindawongse, Director-General of the Department of ASEAN Affairs, the Ministry of Foreign Affairs of Thailand

The late Dr. Thanat Khoman has been recognised for his significant legacy in initiating ASEAN and contributingto the regional stability and peacethat exists today. In terms of economics, the ASEAN Free Trade Area (AFTA) has driven economic growth and has been further developed into the ASEAN Economic Community or AEC, one of the three pillars of ASEAN.

“In the area of public health, for example, Thailand today enjoys tangible benefits from the close cooperation infighting pandemics with the ASEAN countries and ASEAN+3 countries, which include China, Japan and the Republic of Korea, and has put in place an efficient regional public health early warning system, although many people may not know about this. So far, cooperative projects in various fields among ASEAN members have been further developed and extended,” Dr. Suriya explained.

Dr. Suriya pointed out that the most significant change in ASEAN was most probablyin the economic aspect, and was clearly reflected in thepromotion of regional and international connectivity and the development “Free Trade Areas” (FTAs) with external partners, such as China, Japan, the Republic of Korea, India, Australia and New Zealand.

“Thailand is strategically located at the centre of the region. The important question is “How can we benefit from this advantage?” This led to the establishment of ‘the Master Plan on ASEAN Connectivity 2025,’ which was initiated by Thailand. Likewise, an equally important issue that should not be overlooked is international connectivity and that is why it is important to connect the various connectivity strategies in the region,” Dr. Suriyaadded.

The Director-General of the Department of ASEAN Affairs said that the integration of the 10 ASEAN countries had attracted the attention of the international community, in the form of diplomatic relations, trade and investment, tourism or multiculturalism,bolstering the region’s resilience that would boost broader connectivity to other parts of the world.

“ASEAN has maintained friendly diplomatic ties with all parties and is a threat to none, so the major powers are ready to cooperate with us.”

As Thailand takes over the ASEAN chairmanship next year, it is important for the country to drive ASEAN forward to achieve the utmost benefits for Thais and peoples across the ASEAN region. 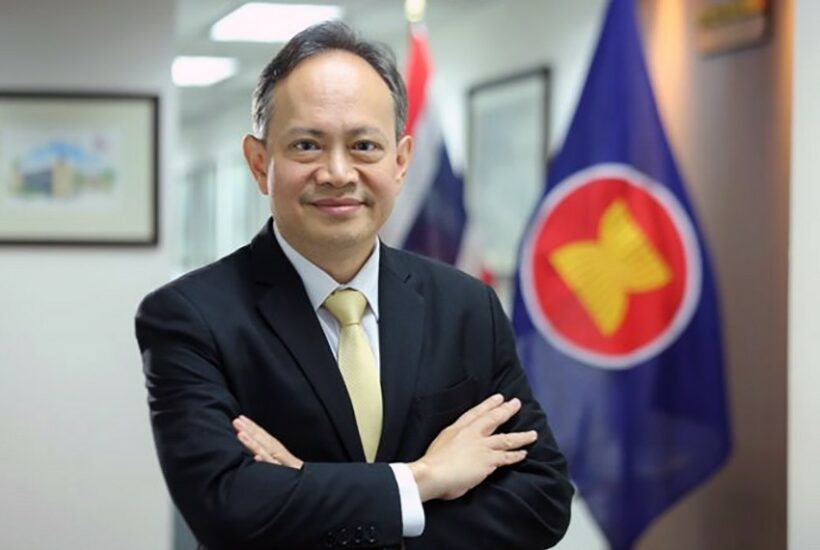 Dr. Suriya Chindawongse, Director-General of the Department of ASEAN Affairs, the Ministry of Foreign Affairs of Thailand

“We are determined to drive ASEAN forward in a direction that will most benefit the people of Thailand and of the whole region. Our philosophy is for all ten ASEAN countries to advance together for the betterment of the people of the region in order to create a people-centeredcommunity, that leaves no one behind and prepared for thefuture,”he said.

To Dr. Suriya, ‘future’ does not mean just three or five years, but at least 20 years,so sustainability in ASEAN policiesis very important.

“We have to hostat least 160 meetings throughout next year, dealing with both ASEAN issues and those beyond the ASEAN region.The meetings are not only confined to ASEAN but extend to its dialogue partners such as the United States, China, Japan, Russia, India, Australia and New Zealand. We will also welcome the foreign media to Thailand tocover events, which will provide a good opportunity for Thailand to showcase its strengths, such as in the areas of tourism, agriculture, industry, and culture to the world,” Dr. Suriya explained.

According to Dr. Suriya, the chairmanship of ASEAN should not be the sole responsibility of the government, but should also engage all parties including the private sector, civil society, and the people, including the youth, so that we can all be good hosts as well as a proactive Chair next year.

The Ministry of Foreign Affairs, in conjunction with Silpakorn University, is holding a logo design contest for Thailand’s ASEAN Chairmanship in 2019. Entries can be submitted from June 15 – August 15, 2018.

Further information is available at www.mfa.go.th/asean.

All in all, it is the peoples of ASEAN who will receive the greatest benefits from the growth and evolution of the ASEAN Community.